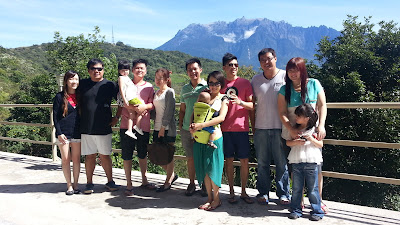 Babywearing is great as it integrates my baby into my daily life. Best of all, I get to bring the lil’ fella along when I travel. I travel quite a lot, both for work and leisure. When he was 8month old, I have already made a few plane journey with the lil’ fella. Having him in my carrier (I also call it my kangaroo pouch) kept him secure and close to me in an environment that could be hectic and new to him, and given him the opportunity to nap whenever he wanted and I could have my hands free for all that I needed.
I have been recommending all my mommy-friends to babywear when travelling, rather than pushing the stroller through the crowd. The baby will likely be happier up near the faces in the crowd rather than surrounded by a sea of legs. Babywearing gives the baby a good vantage point to see all of the excitement. The flight attendants seem to love babywearing-moms too, there were a couple of occasions I have been greeted with friendly comments from them saying that, more mommies should do this. In my mind, I think that’s also because babywearing reduces overstimulation and crying-episodes from babies, thus making their jobs easier. Travelling with MAS or AirAsia, there is no need to remove the baby from the baby carrier when the plane takes off or lands (for infant under 2 years old). But after taking off, I usually let him out of the carrier, into the bassinet for extra mobility.
Prior to owning an i-angel hipseat carrier, I flew with him with my snuggbaby SSC (soft structure carrier) which I also love. But his growing weight was slowly putting a toll on my shoulder and upper back. I was ecstatic when I get to try the i-angel as I realized the way it is being designed (the broad and thickly padded shoulder straps and also the hipseat) helps to redistribute the weight of the baby and takes the burden away from my shoulder.
﻿﻿

﻿
﻿
﻿
It was the end of August and it was a public holiday on a Saturday, and it was also YC's birthday, which falls on a public holiday every year, hahaa.. lucky him, we decided to take a two days jaunt to the breezy Kundasang with the lil' fella and some of YC's buddies and family. I have decided to bring along the i-angel hipseat carrier and it was the best decision made. The stroller was never part of the consideration. Tried bringing a stroller for our travel once, and that was it, the first and the last time. He wouldn't settle for the stroller probably of the low vantage point, and  he couldn't nap in it, he just didn't feel secure I presume.
The weather in Kundasang was very pleasant, about 25deg C daytime and can be about 15 to 20deg C at night. This nice cool weather made babywearing even more pleasant. I loved the feeling of the lil’ fella all snuggled up against me. It gave warmth to both of us. He was excited throughout the trip and was resisting nap at his usual times. But I needn’t worry much as I was babywearing him. He would just nap in it when he gets really sleepy, and the rest of us proceed with the trip unaffected.


We visited the Desa Milk Farm, where we got to see the cows queuing up to get milked. Hahaa.. it was quite a scene seeing the amount of cow waiting for their turn to be milked. There were food awaiting for them at the milking cubicles, which explained the reason why the cows would willingly and punctually be there at 3pm every day. 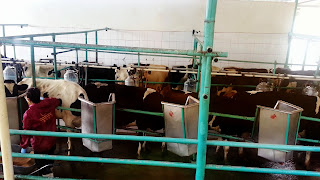 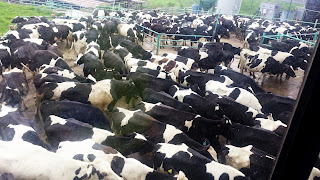 We also got to feed baby cow with their mom’s milk using a baby’s milk bottle (hm…I found this awkward, even human baby should be directly latching on mother’s breast, why would a baby cow wanna be drinking from a bottle). Even Josh got a little surprised when he saw his papa doing that. He must be wondering why the baby cow was drinking from his milk bottle. One thing that I must mention about the merits of babywearing is that I get to feel or detect the lil’ fella’s discomfort or fear almost immediately (he would grab me tightly or pinch me without him realizing it), which I usually soothe with a kiss of comfort on his forehead or pat his back, telling him that ‘it’s okay, mommy’s here’. This, I realized, is almost impossible if travelling with a stroller.

Comparing the i-angel hipseat carrier with my SSC, wearing him for a few hours in i-angel was a breeze and I didn't wake up with sore back the next day. I'm very pleased with it and would definitely recommend this to all mommies if you're looking for a carrier that can help relieve the baby's weight off your own back. Equally, the lil' fella was always happy and fuss-free being worn in it. He has this tendency of leaning and snuggling up closely against me whenever I wear him. This seems to be his way of telling me, 'Mommy I'm comfy in here'. 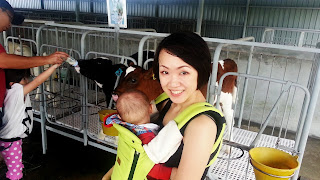 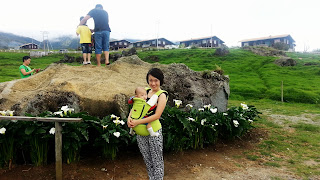 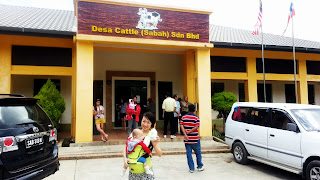 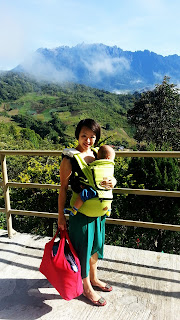 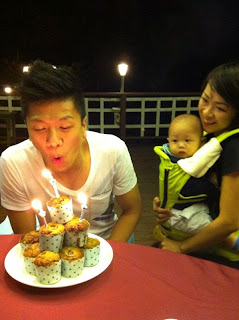 That's about it for my babywear while travelling story at Kundasang. I shall look forward and update further on more trips with the lil' fella the coming few months. Stay tuned!

Where has babywearing taken you? And how has it benefited you?
The i-angel hipseat carrier was recently voted the best baby carrier in Korea among 13 popular brands in Korea! (Endorsement by: National Council of the Green Consumers Network in Korea) Info by babymarcel.