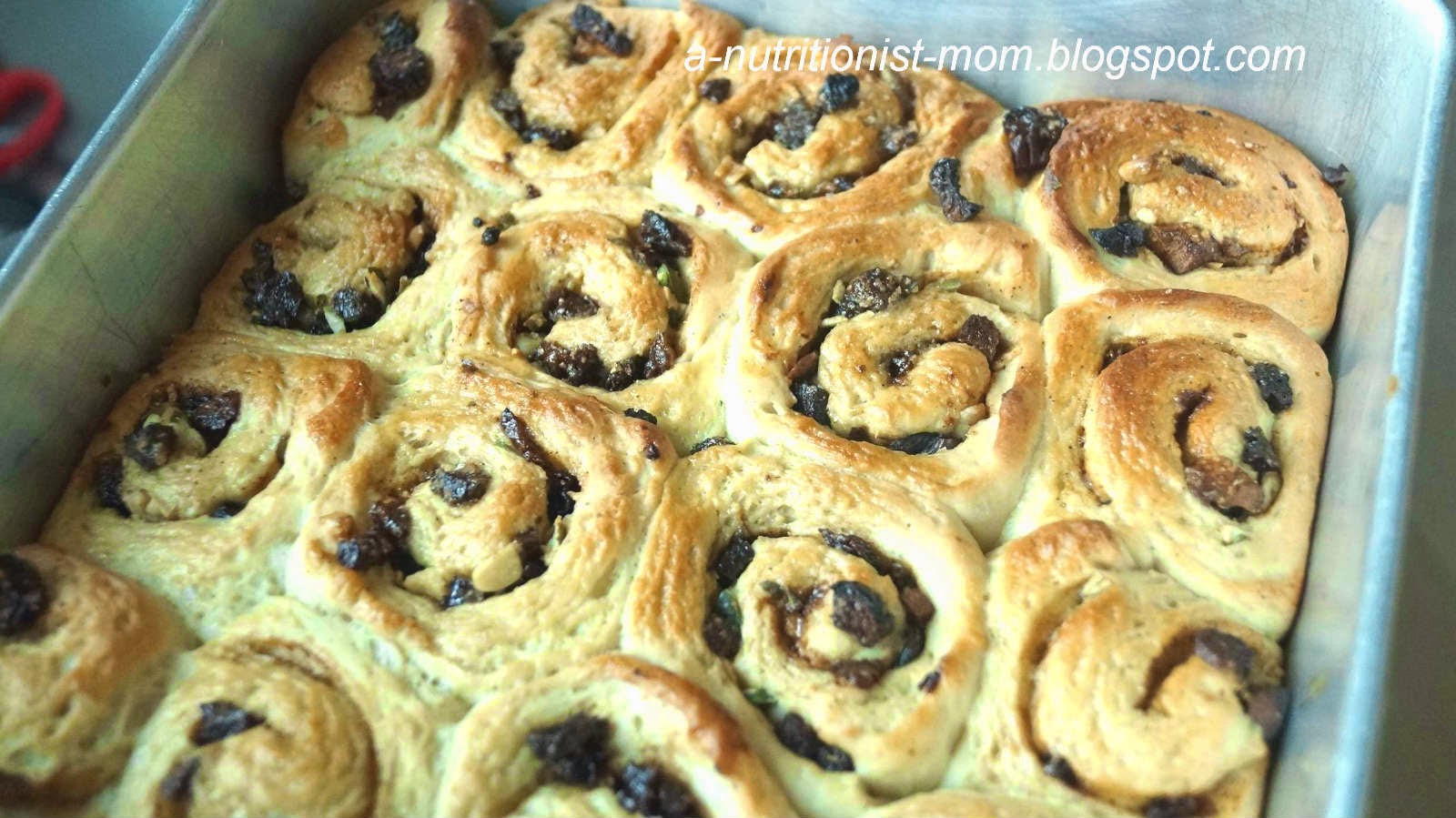 It's public holiday today! It's the birthday of our Yang di-Pertuan Agong. When I told my hubby who works half day on Saturday that it's public holiday today, he was nowhere near excited. Instead, he answered, 'what's so special about a public holiday that falls on Saturday?, nowadays, public hols meant holiday for the nanny (yea.. our nanny gets it off every public holiday) but 'work' day for me!' Hahahaaaa!! So true indeed.  That's because I don't get a day off cos I operate an organic shop and we don't close on minor holiday like this. So the hubby got to stay home and takes care of an actively roaming and actively 'speaking' toddler at home :p Deep at heart, I felt glad and lucky that I have a hands on hubby who does that :)
Now here's a cinnamon and raisin roll that I made yesterday for the little fella's snack today. I kneaded the dough using my faithful breadmaker. 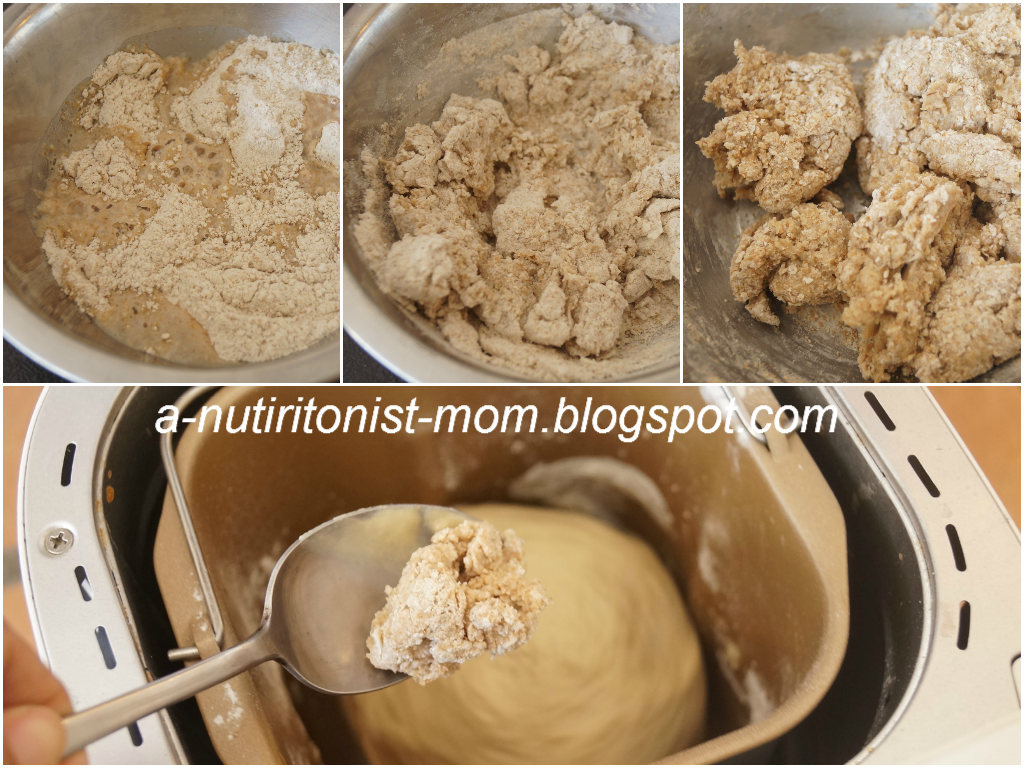 Combine both with a folk or spoon. There is no need to knead. Just combine and leave in a container in refrigerator while you prepare the rest of the ingredients (about 15-20min). You can prepare this ahead and keep in the fridge for up to 24hours. Add into the main dough when the main dough has kneaded for about 5min in the breadmaker (see step 2 below).
The main dough
*The ingredients are listed in the order they are added into my breadmaker

The following ingredients are used later on, see step 5 below. 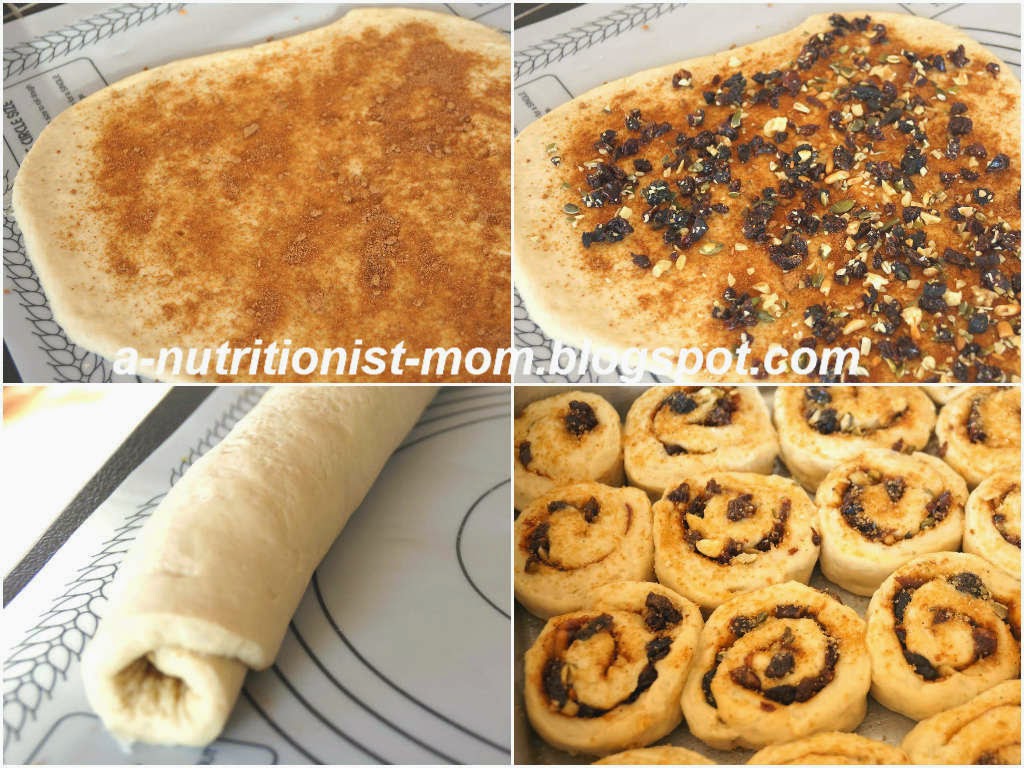