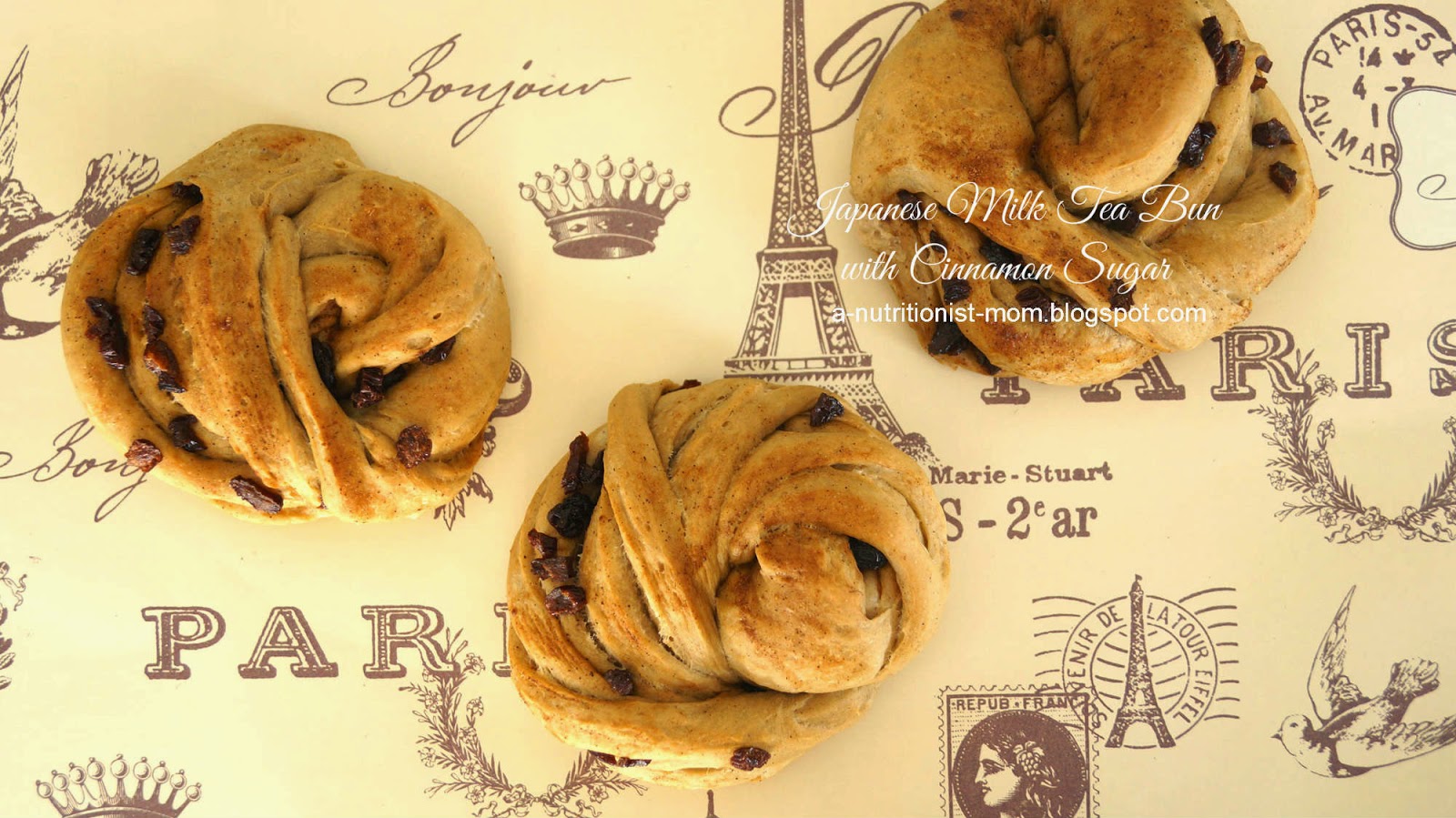 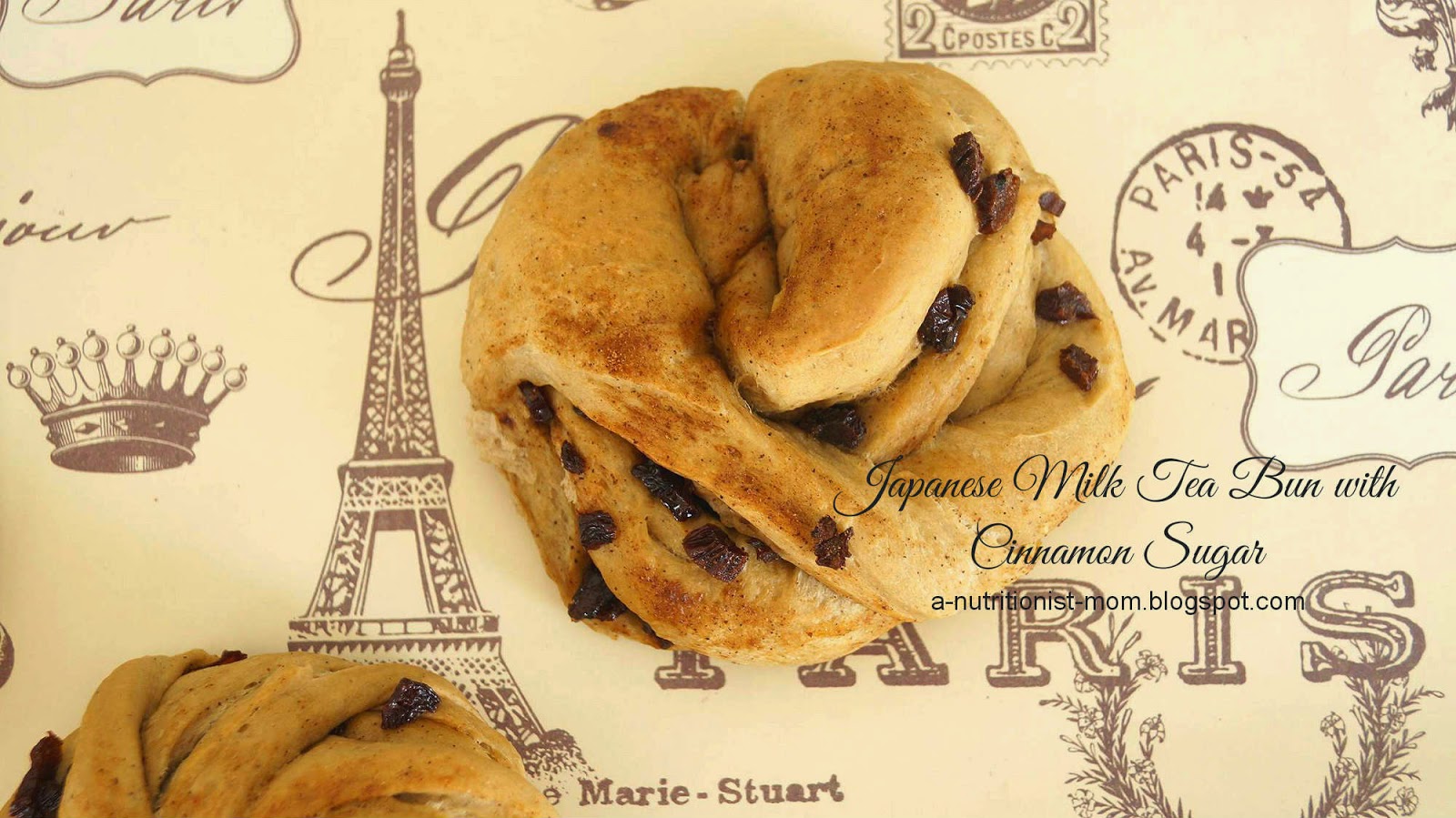 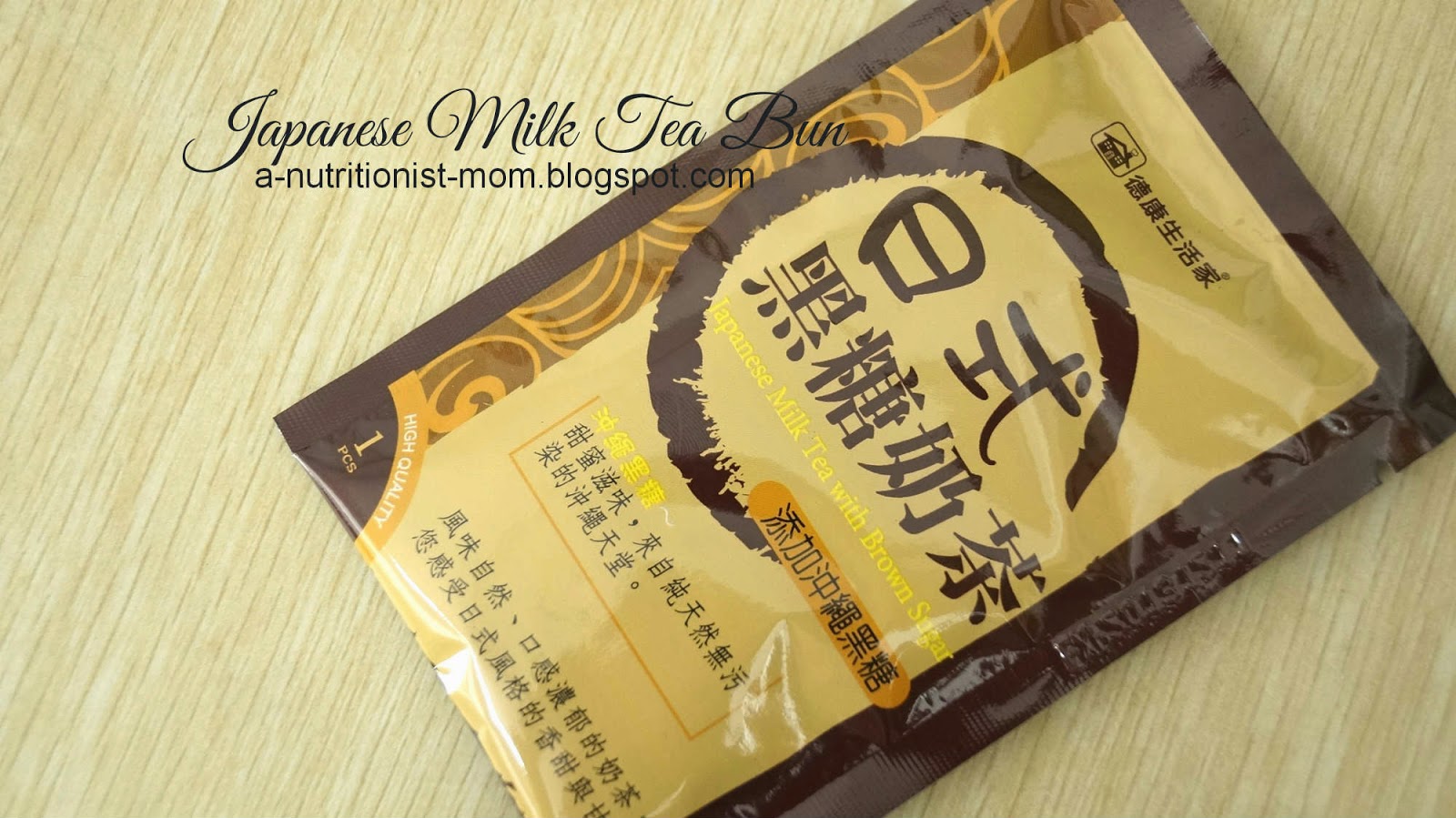 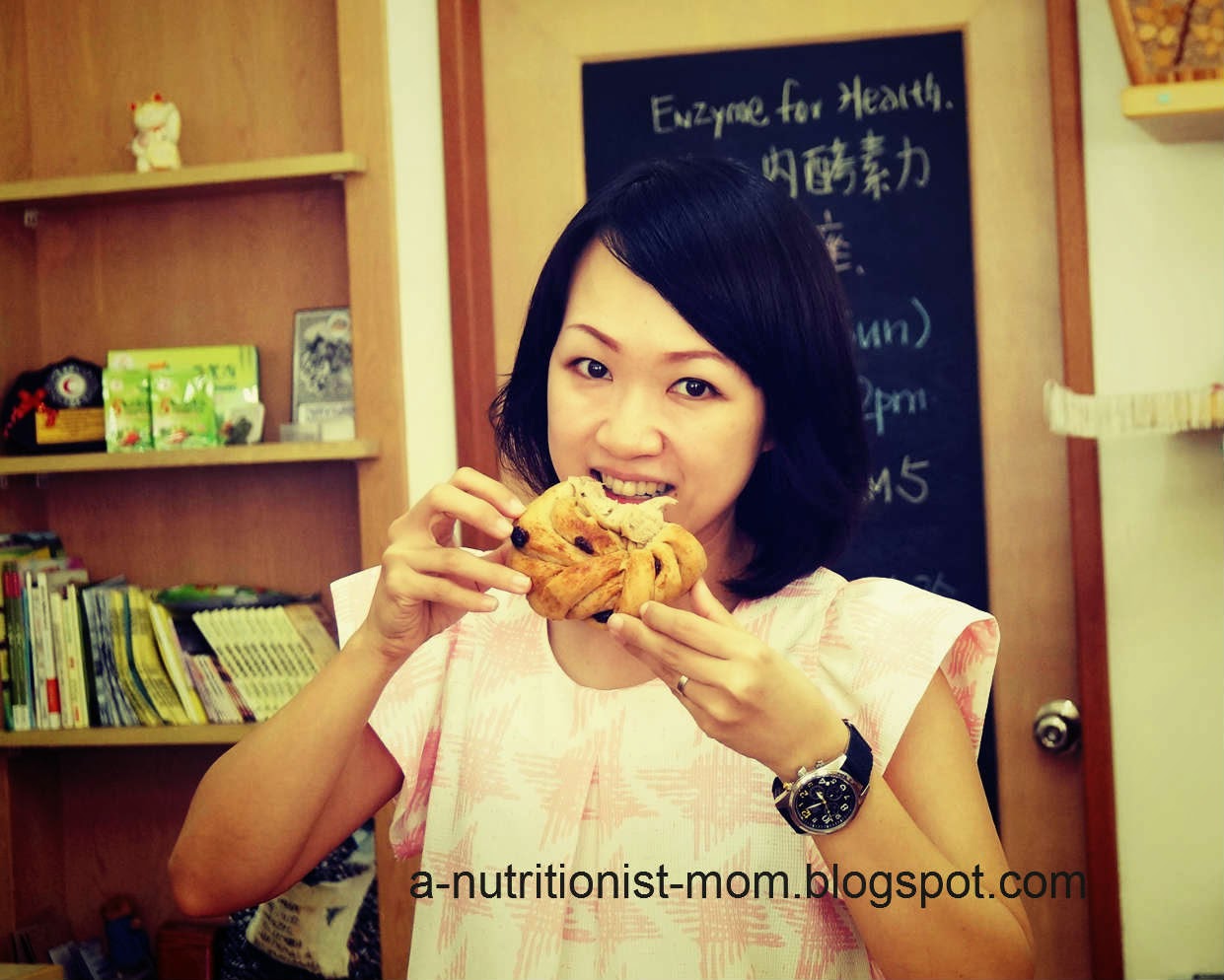 Here's a very beautiful yet soft and fluffy Japanese milk tea bun with very generous amount of raisin. I replaced the liquid in this recipe with Japanese milk tea (as in photo). I have also replaced the sugar in this recipe with cinnamon sugar (made up with 1:1 ratio of brown sugar and cinnamon powder). The bun turns out smelling very fragrant and soft. A friend of mine A whom had this wasn't sure if her son would like it due to the alien spice (ie cinnamon) in it, the next morning she called me up and told me that her son loved it! Made my day :)

Take more cinnamon. It's great. Cinnamon may help lowers risk for diabetes. It also helps fight against fungal and bacterial infection. Some researchers had also done research which revealed that diets rich in cinnamon can help reduce the body's negative responses to eating high-fat meals (Source).

Prepare scalded dough
Combine both in a bowl. Stir with a chopstick or folk to ensure both combine thoroughly. Cover and keep in fridge for about 15-25min. 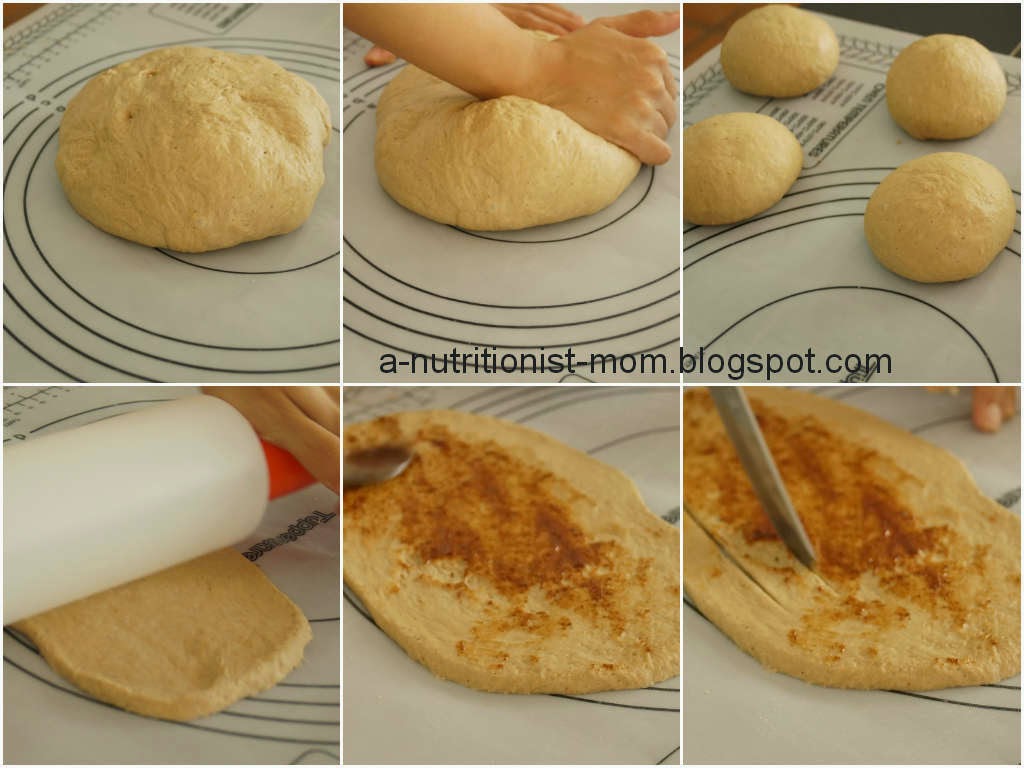 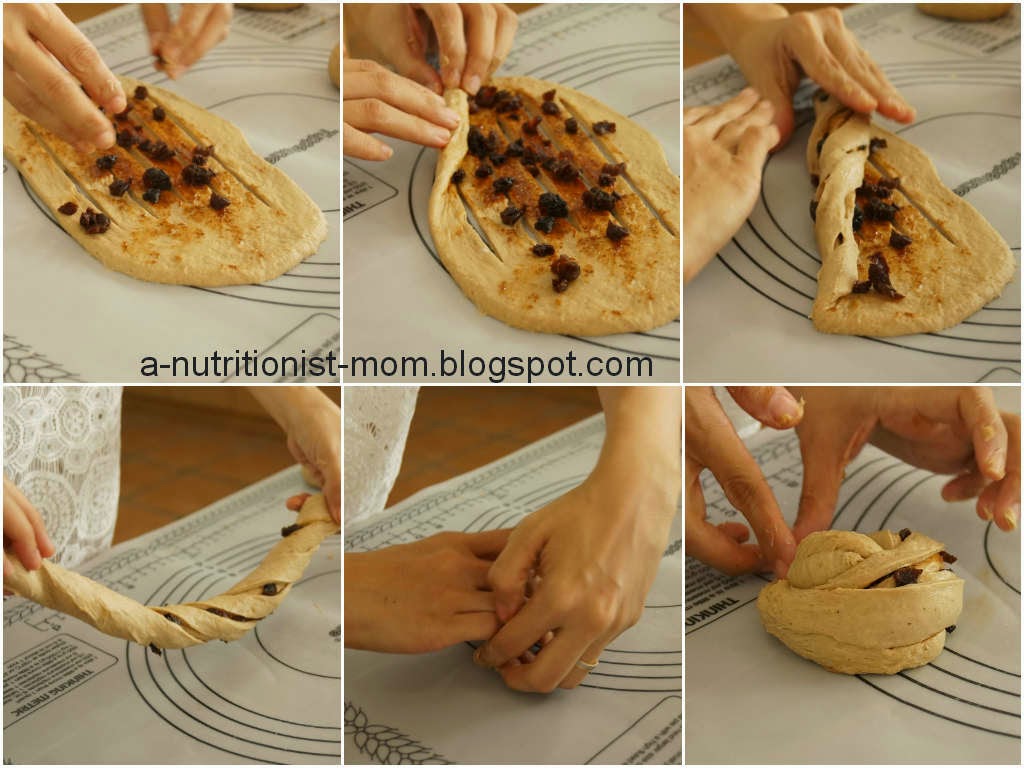 The last 2 steps are re-illustrated using table cloth in the following diagram. This post is linked to the event Little Thumbs Up (August 2014 Event: Flour) - organised by Zoe (Bake for Happy Kids) and Mui Mui (My Little Favourite DIY) and hosted by Diana from Domestic Goddess Wannabe. 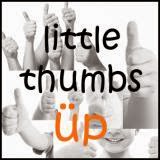