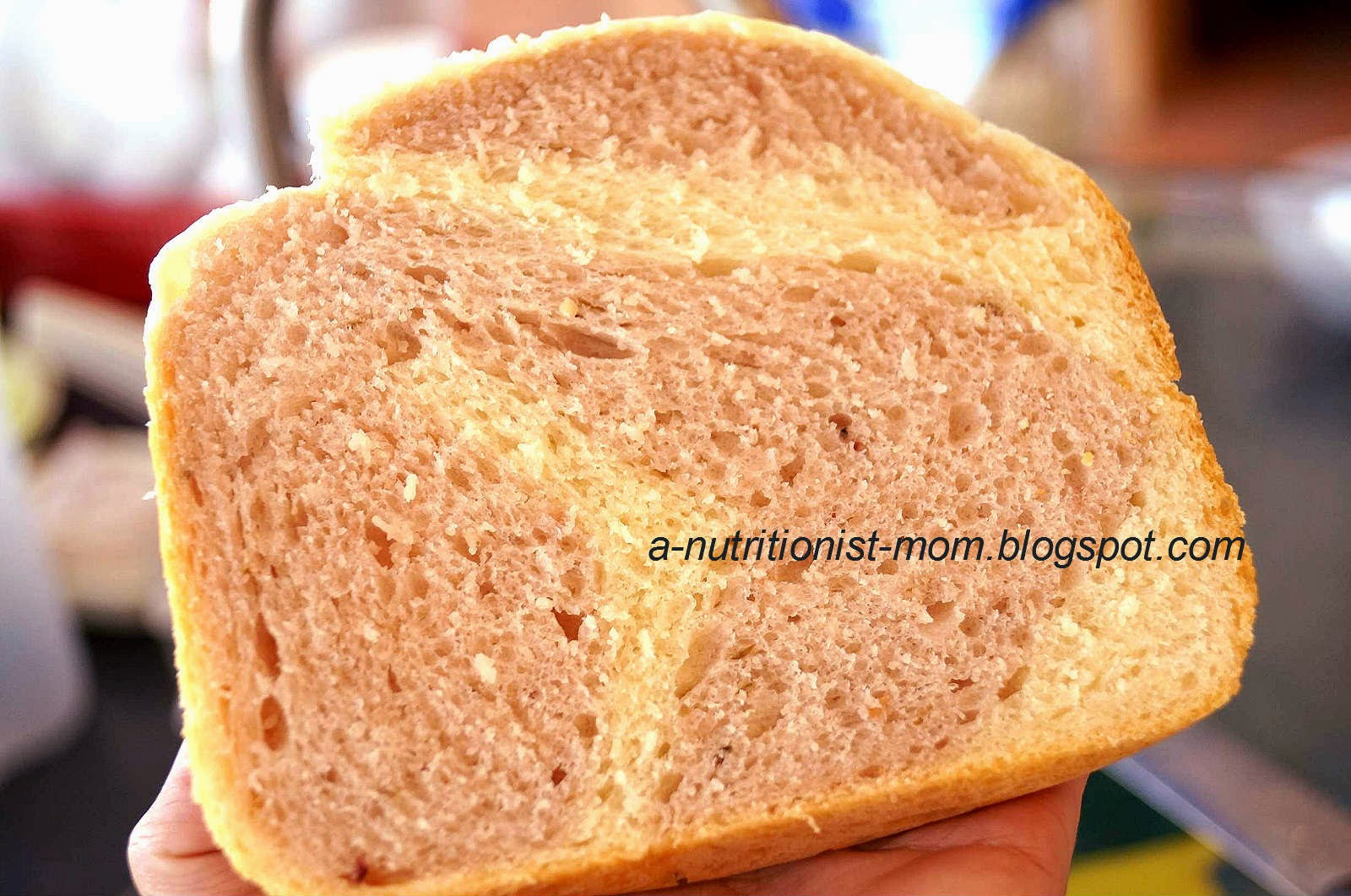 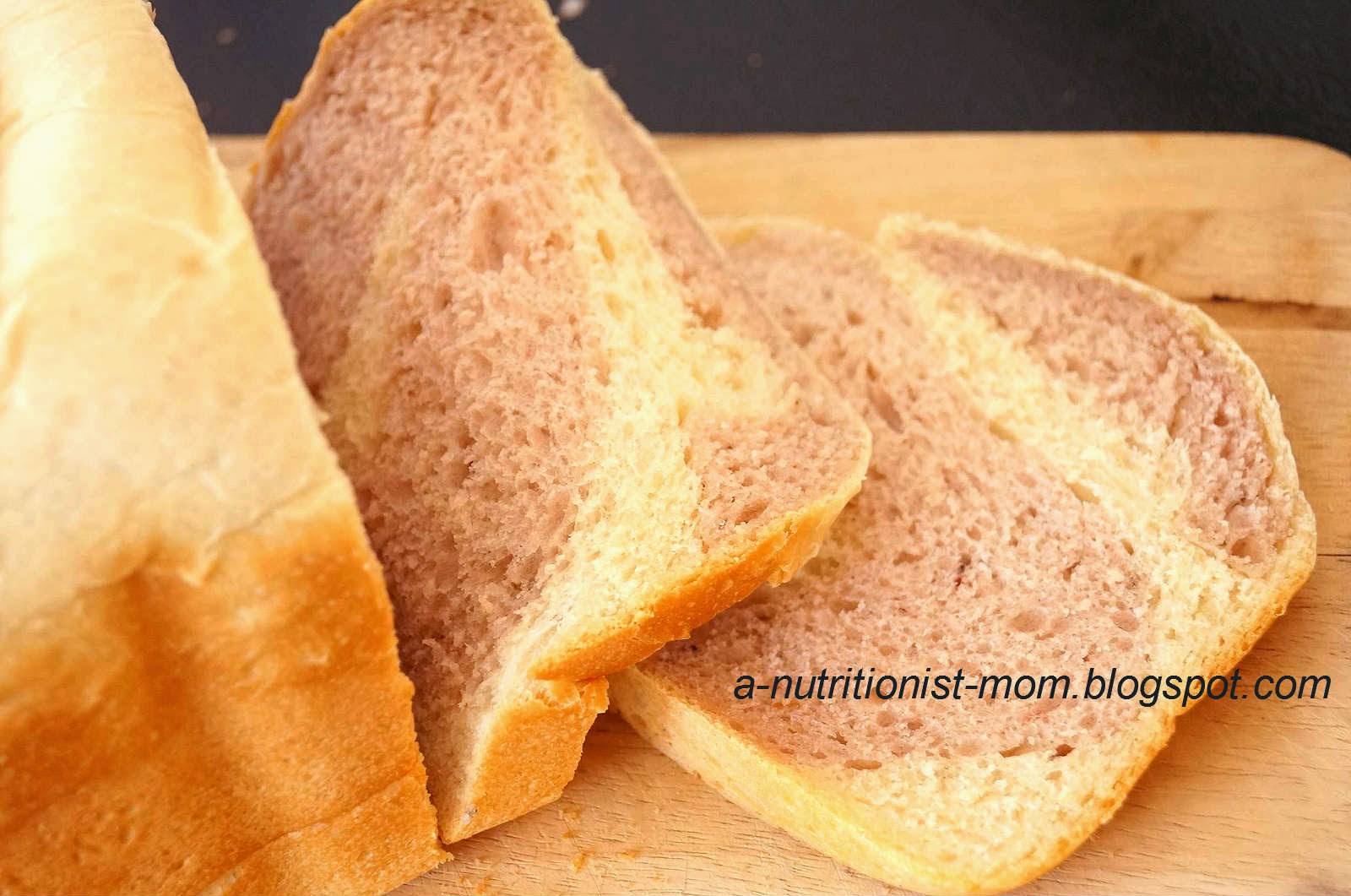 Made this pretty marble bread loaf with half milk and half purple sweet potato puree. The basic recipe is the same as this. I replaced the 1-cup of black sesame milk drink with half cup of fresh milk (added to half of the dough) and half cup of purple sweet potato (added to the other half the dough).
After first knead in the breadmaker (the breadmaker kneaded one half, I manually kneaded the other half), both the dough went through a separate proof (one in breadmaker, the other in an enclosed oven, no heat on). Once the dough has doubled their original size, separately, I punched out the trapped air and roll into an oblong flat dish, layer both dough and roll, and let to go through the second proof and let bake in my breadmaker. This recipe yields very soft dough, so rolling was quite tacky, thus the marbling effects are not that that uniform, but still a beauty.