The lil' fella turns one. It was definitely a milestone to be celebrated and remembered. I started planning for his party about 2months before the actual date. We decided to hold it at home, even though there would be lots to prep and mess to clear, but it would be much cosy and free-and-easy for the babies and kids, instead of restaurant. I was right, the babies and kids were having heaps of fun playing with simple toys or just balloons. The lil' fella were so chuffed about the company that he had, and was butt-rounding all night long (his typical move whenever he's in good mood - making rounds on his butt). 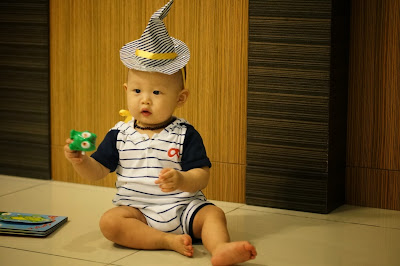 The theme for the party was 'Halloween', simple enough, cos he's given birth on Halloween. Hey, wizard boy! But the dress code, for beautiful and sharp photos sake, was stripes (and/ or blue). We were very surprised yet appreciative that all the guests, adults and babies alike, were very accommodative of the dress code. We got to produce beautiful photos. 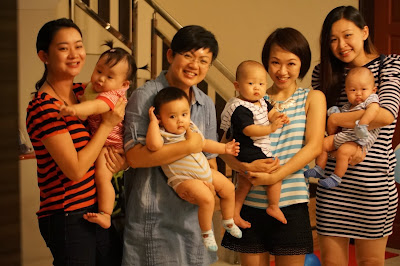 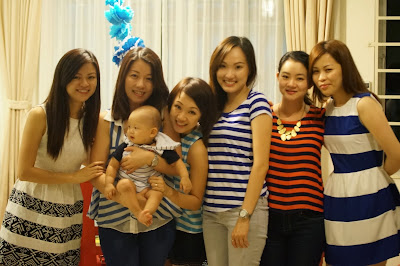 ﻿
﻿
The dinner was catered, so I didn't need to get stressed about that. Hubby was the one who helped with the ordering and arrangement of the dinner catering. And the hubby also cleared the mess till about 2am after the party, while I was in dreamland with the little fella. Oppsss..
All along, I was planning for a beautiful treats table spread and I wanted to DIY everything, from banner, deco, photos etc etc. Finally I also made the decision that I would bake his birthday cuppies. I wandered on a few recipes and finally I chose one, and made my own modification to it. It turned out to be a great one! Best of all, it was even better the next morning, after being refrigerated! Darn! Knew it too late. Should have baked it the night before. The reason why I made it a DIY cos I wanted it to be remembered (by ourselves, doubt he will remember much of it) and I loved the feeling of prepping for it. Being involved. And the satisfaction.
The first part started about a month ahead, when I started making the party invite (e-invite), cupcakes toppers, birthday banners, deco etc. 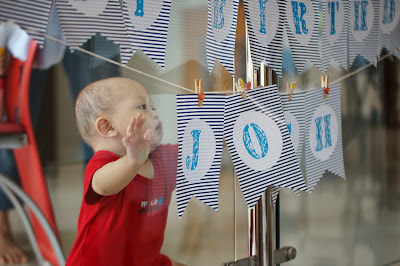 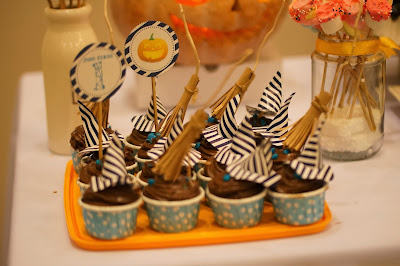 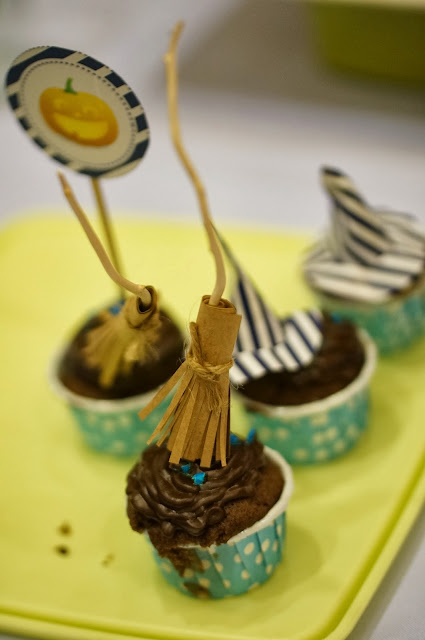 Then, mom came back to Sandakan. She helped carved Old Jack. Old Jack was carved about 5 days before the big day. He aged nicely, which added onto the effect. On Friday, sis-in-law came back to Sandakan, and she carved cheeky looking Baby Jack. It was her first time carving and she made a beautiful one. Both Old and Baby Jack served us well. When the lil' fella grows up, I will engage him in the customary 'trick-or-treats' so that he won't get missed out on such fun stuffs. 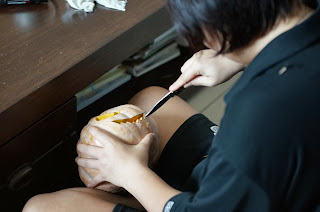 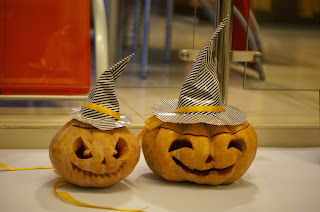 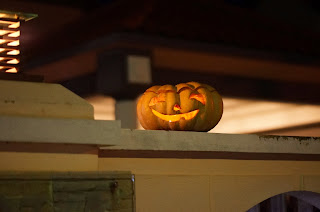 Mom and I baked her favorite recipe of Kueh Bangkit as party favors for the kids, because it's something that melts in the mouth, and something that appeals for both kids and adults alike. Many guests were appalled by the look of it, cos it usually doesn't appear till CNY. 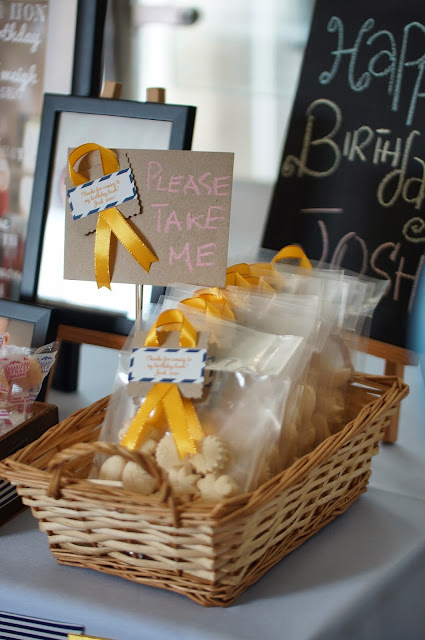 ﻿
I was very glad that both mom and sis-in-law were back for his birthday bash. They helped to babysit Josh while I was busy prepping the treats and cuppies.
On the morning of the day of celebration, mom and I woke up early. Mom prepared the red eggs, while I baked 60 choco-banana cupcakes to be frosted and decorated. Josh woke up a little late that day, which gave us sufficient time to get everything prepared before we all went out for yam cha with gung gung and popo and gupo (the in-laws). 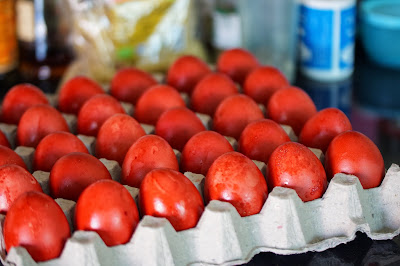 Read more about the party here:
Posted by Unknown at 9:54 AM

Email ThisBlogThis!Share to TwitterShare to FacebookShare to Pinterest
Labels: birthday