Sunday is my favorite day, cos I don't need to work, and I get to spend the whole day with my lovely boys, the hubby and the lil' fella and most importantly, I get to make whatever I wanna eat!
I just prepared a purple color Fisherman's pie for our lunch cum afternoon tea when the lil' fella and the hubby were having a nap (but unfortunately they only took a super short nap, cos the lil' one was not well, coughing and thus couldn't sleep well), but that doesn't deter me from making these cuties in a very short time. I have been wanting to make them since yesterday, suddenly had a craving for chiffon cakes. 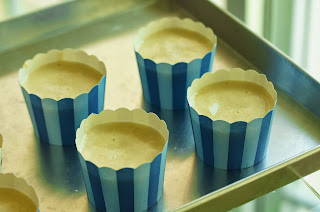 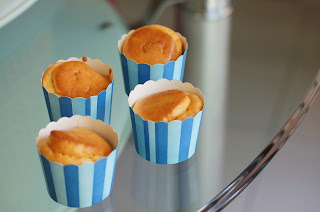 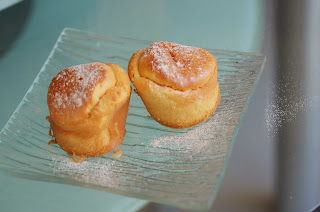 Loved how simple and light these cupcakes were. The only unfortunate part about them is that they rise unevenly. I seem to have the same problem with the Hokkaido cupcakes I baked last time, using the same cupcake holder. I will be trying these out with another liner to just verify if it's the cupcake liner or is it the temperature. However, that doesn't affect the flavor nor texture at all. I personally can eat 2-3 at one go, which is very rare for me, cos I do watch my limits for sugary stuffs, lucky I cut the sugar by a lot! :p
Recipe (adapted from here)
My recipe here yields 6 chiffon cupcakes, I halved the original recipe
Instructions
I think I'm repeating myself here, but I love them so much. I'm eating them, again, as I type this. And I'm making a soya-pandan version today.

Updated later: As a redemption to these unevenly risen cupcakes, I baked another batch of chiffon cupcakes (very good soy-pandan chiffon cupcakes) the next day, using the Hokkaido cupcake liners and they worked well. 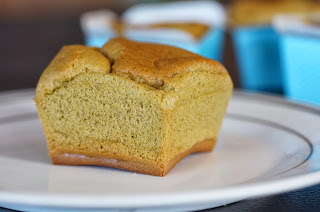