It's called a coffee cake, but it hasn't got coffee in it. Silly me! I thought coffee cake consists of coffee essence or coffee powder in it. According to google, coffee cake a cake or sweet bread flavored with cinnamon or topped or filled with cinnamon sugar, eaten usually with coffee. Ah.. don't I learn something new everyday?
I learnt of this walnut streusel coffee cake (originally pecan streusel coffee cake) from Mich from piece of cake. It's a recipe from the book Coffee Cakes: Simple, Sweet and Savory by Lou Seibert Pappas. Pecans are not just expensive but also rarely available in where I am. So I just replace it with walnut, but I can imagine how heavenly it will be with pecans. Even without it, it's already good, oh! I also added mashed banana into the cupcakes. Three of us, ie my sis in law, my son and I enjoyed it while we laze on the couch watching tele on a relaxing and slothful Saturday afternoon. Okay, correction, my son don't sloth, he was basically busy playing and roaming around the house, while both of us lazed on the couch.
I halved this recipe and baked them in cupcakes, and topped with the very delicious walnut streusel topping. From Mich's blog, there were about 30 comments from her post of this cake, and majority were commenting how nice the cakes were. I knew I had to bake it and needless to say, I knew they would be good. 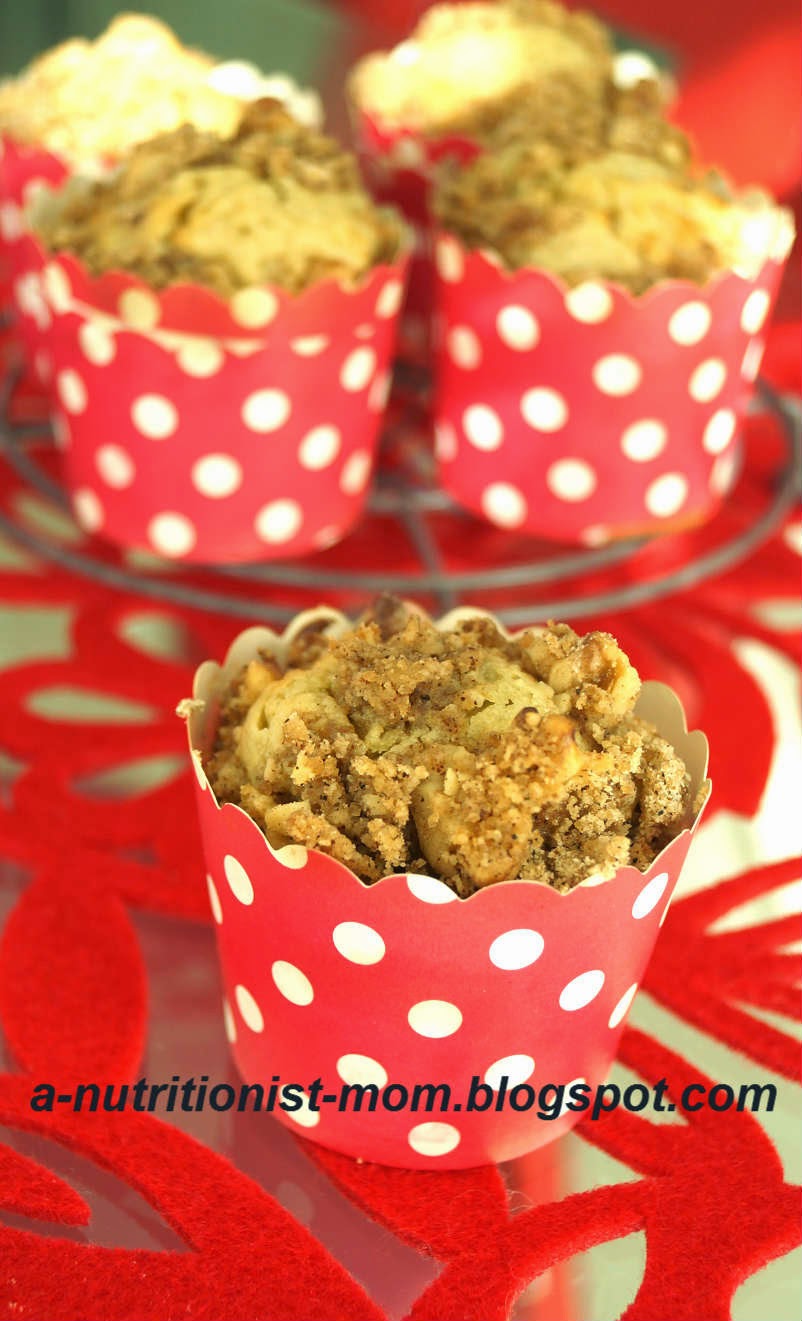 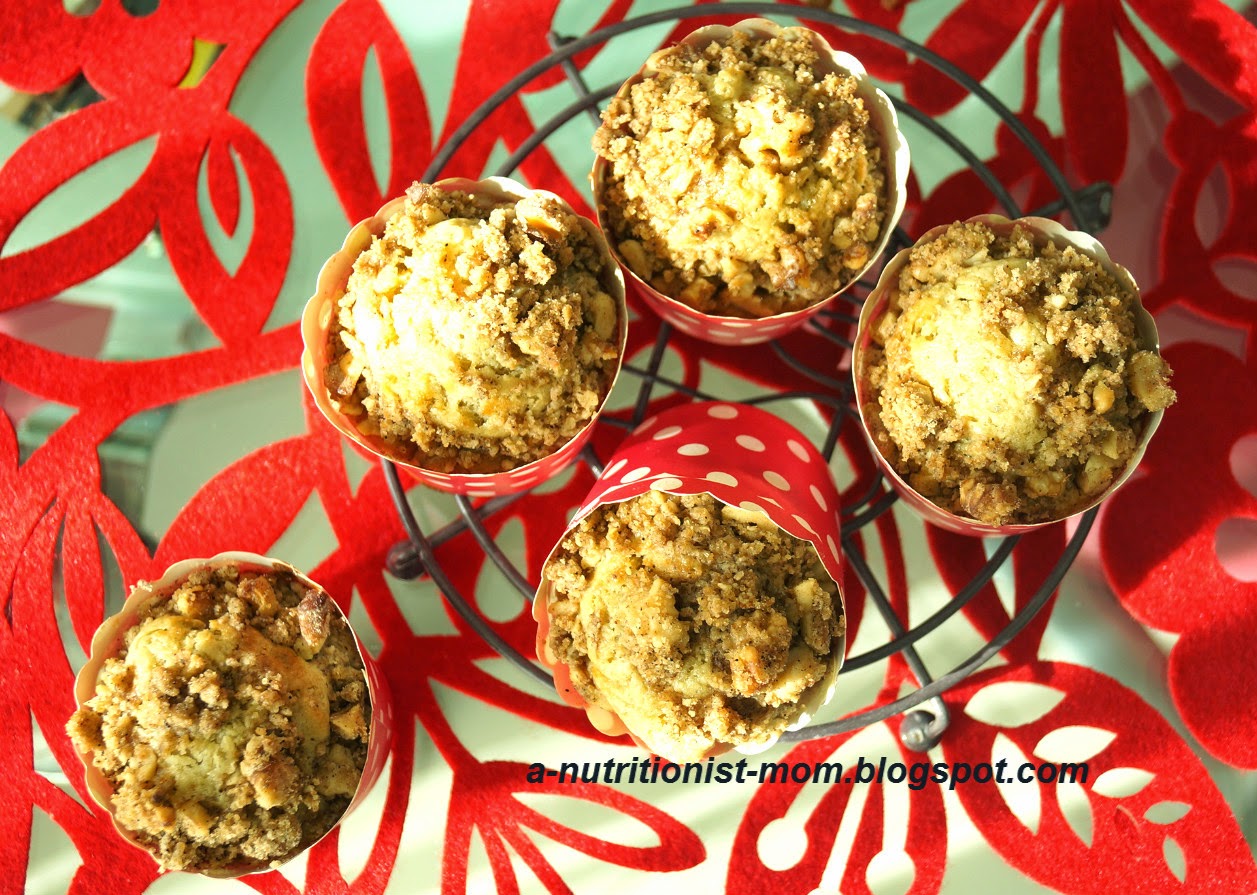 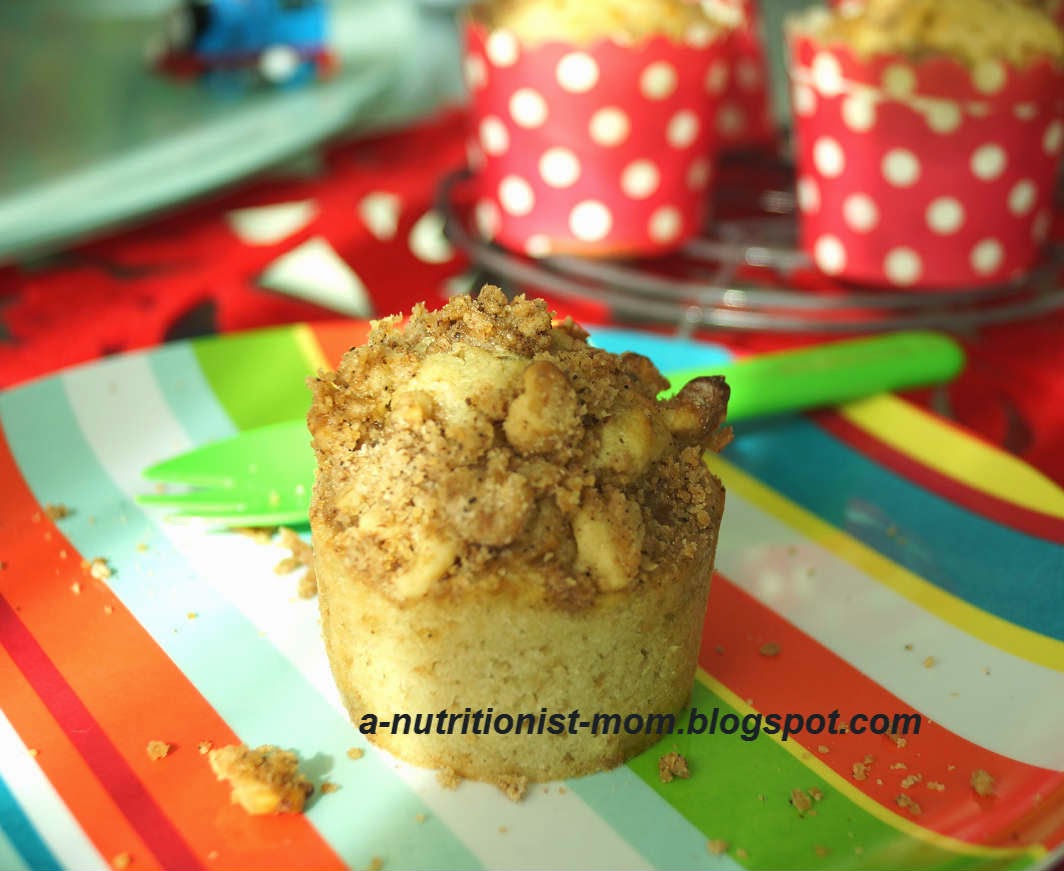 Here's the original recipe (by Lou Siebert Papas) from Mich's Piece of Cake
(I halved the recipe and baked about 5cupcakes with it, with lots of leftover streusel topping)
Streusel Topping
Cupcakes
Instructions
Preheat oven to 165degC.
Make streusel topping by combining butter, flour, brown sugar and cinnamon in a bowl, until the mixture resembles coarse crumbs. Stir in walnuts and set aside.
In another bowl, cream the butter and sugar with a mixer until light and fluffy. Add in egg and beat until smooth.
In another bowl, combine flour, baking powder and salt. Add to the creamed butter mixture alternately with the milk in two separate portions. Beat until smooth.
Fill the cupcake liner with the batter till about 60% full and sprinkle with topping (till about 75% full).
Bake for 20min or until a toothpick inserted in the centre comes out clean. 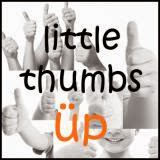 I'm linking this post to the event, Little Thumbs Up with the theme 'BUTTER' organised by Zoe of Bake for Happy Kids and Doreen of My Little Favourite DIY and hosted by Jozelyn Ng of Spice Up My Kitchen.

Email ThisBlogThis!Share to TwitterShare to FacebookShare to Pinterest
Labels: cupcake