It was my mom-in-law's birthday yesterday. Coincidentally, all of MIL's siblings were back to Sandakan for the QingMing festival (tomb-sweeping festival 清明节）and we were going out for a 'reunion' dinner. But my hubby only told me it was MIL's birthday in the afternoon. And he asked if we should get a cake. Yet both him and I knew very well that none present at the dinner would like any cakes from outside. They are all well over their 40s and are all very health and sugar-conscious and probably have stopped eating cakes sold outside for decades. I knew I had to bake something, but weren't sure what I should make cos of time constraint. Finally I decided to bake my favorite chiffon cupcake recipe, which I was very familiar with, but I was gonna double up the recipe and gonna add in black sesame as I felt it's a very 'healthy' ingredient. Hohooo... just right for the health conscious ones.. ay? 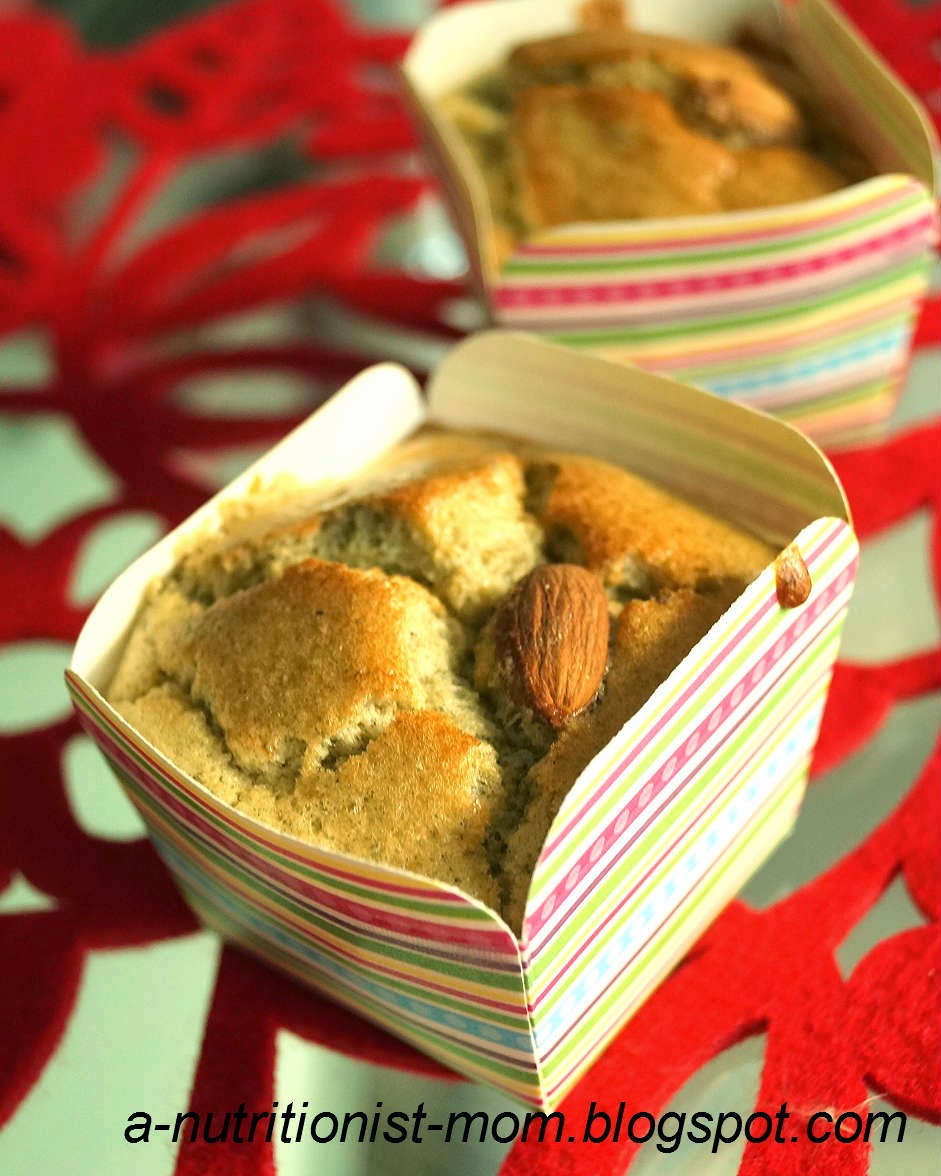 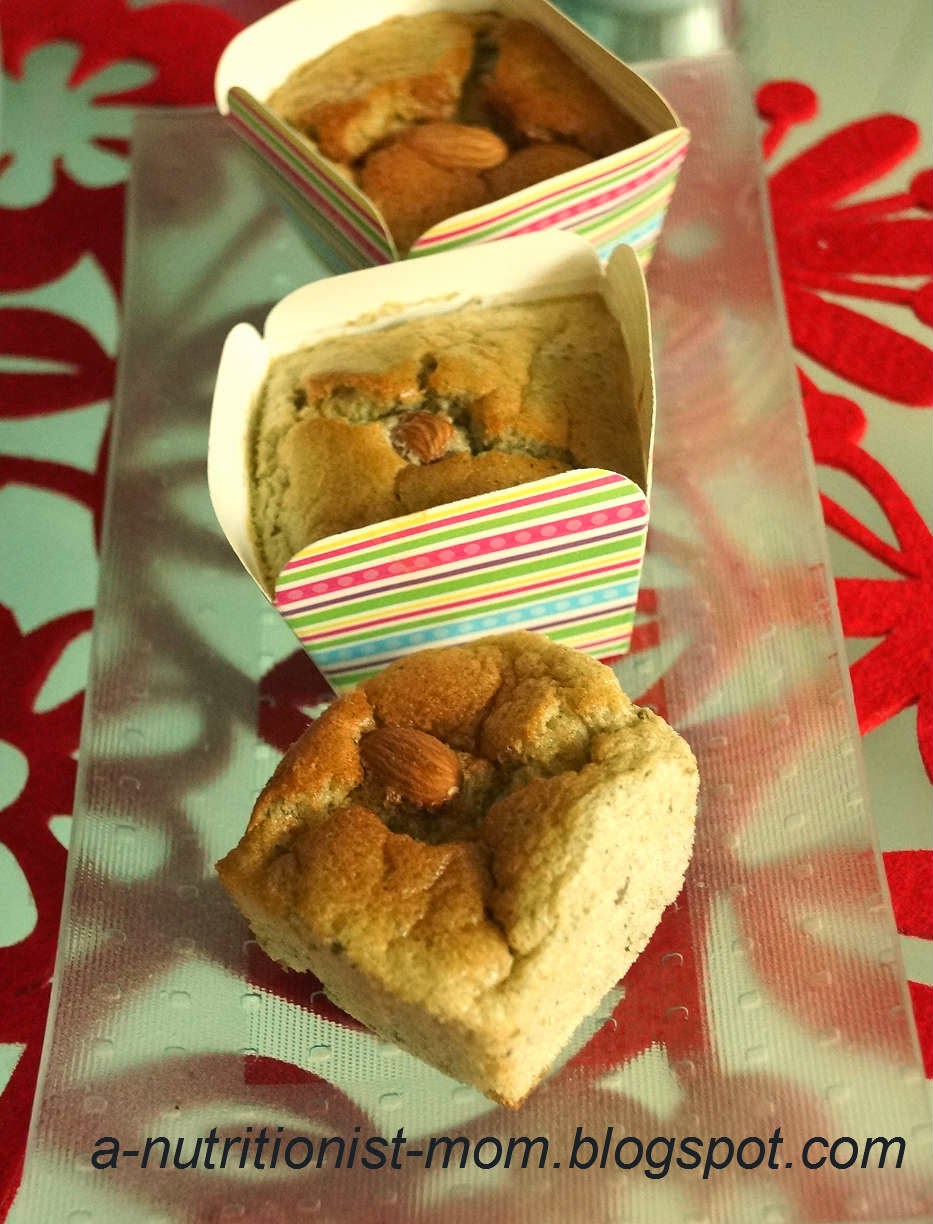 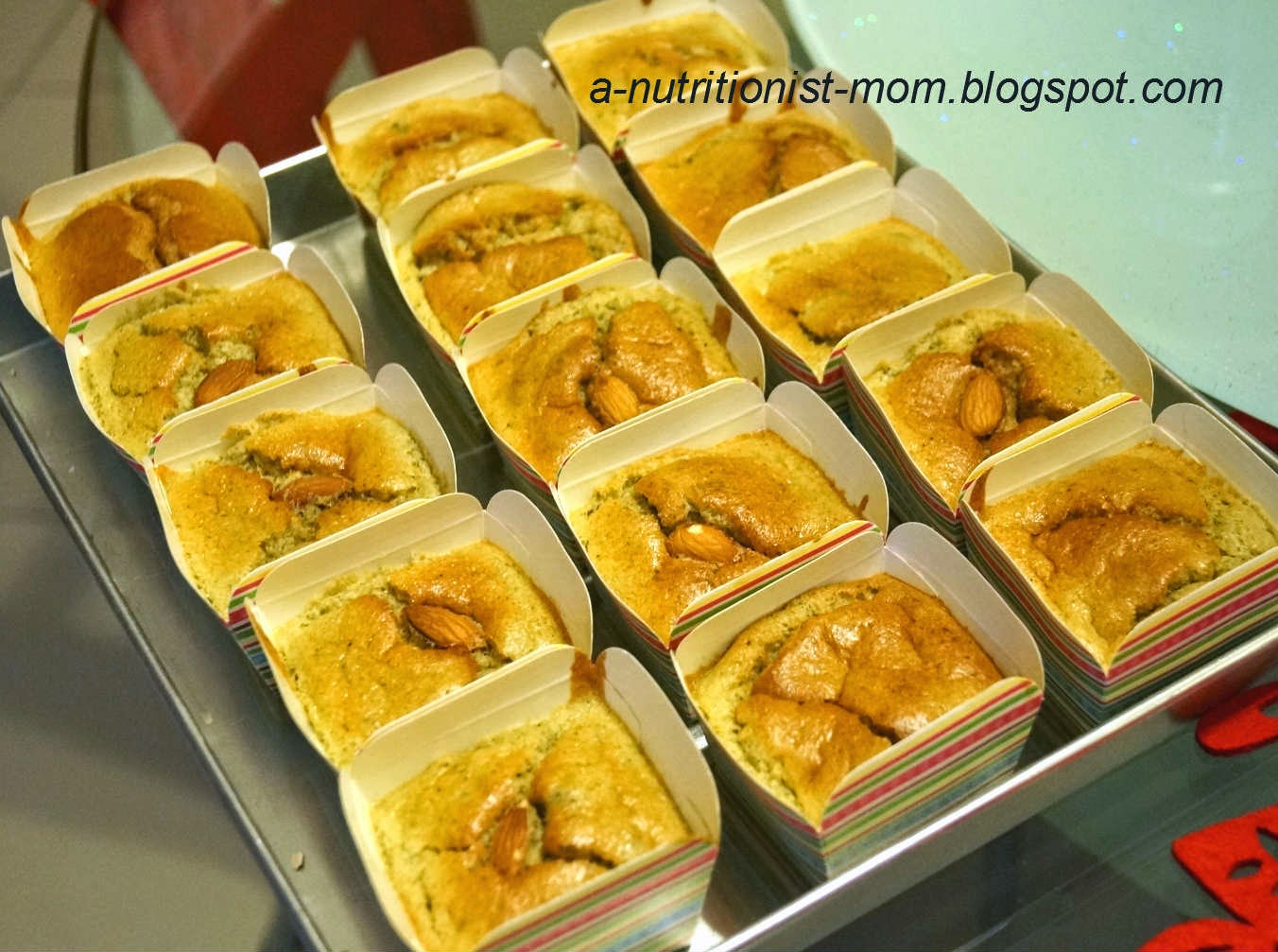 I was quite proud of myself that I baked them well and at the same time, I needed to make sure the little fella got his milk and took his late afternoon nap before we went out for dinner. All these were done in 20min when the chiffon cupcakes were baking in the oven. Just wondering if the 'pat on the shoulder' should be given to me, or to my little fella for being a good boy yesterday. Sometimes he takes at least a couple of hours before he finally give in to his nap. 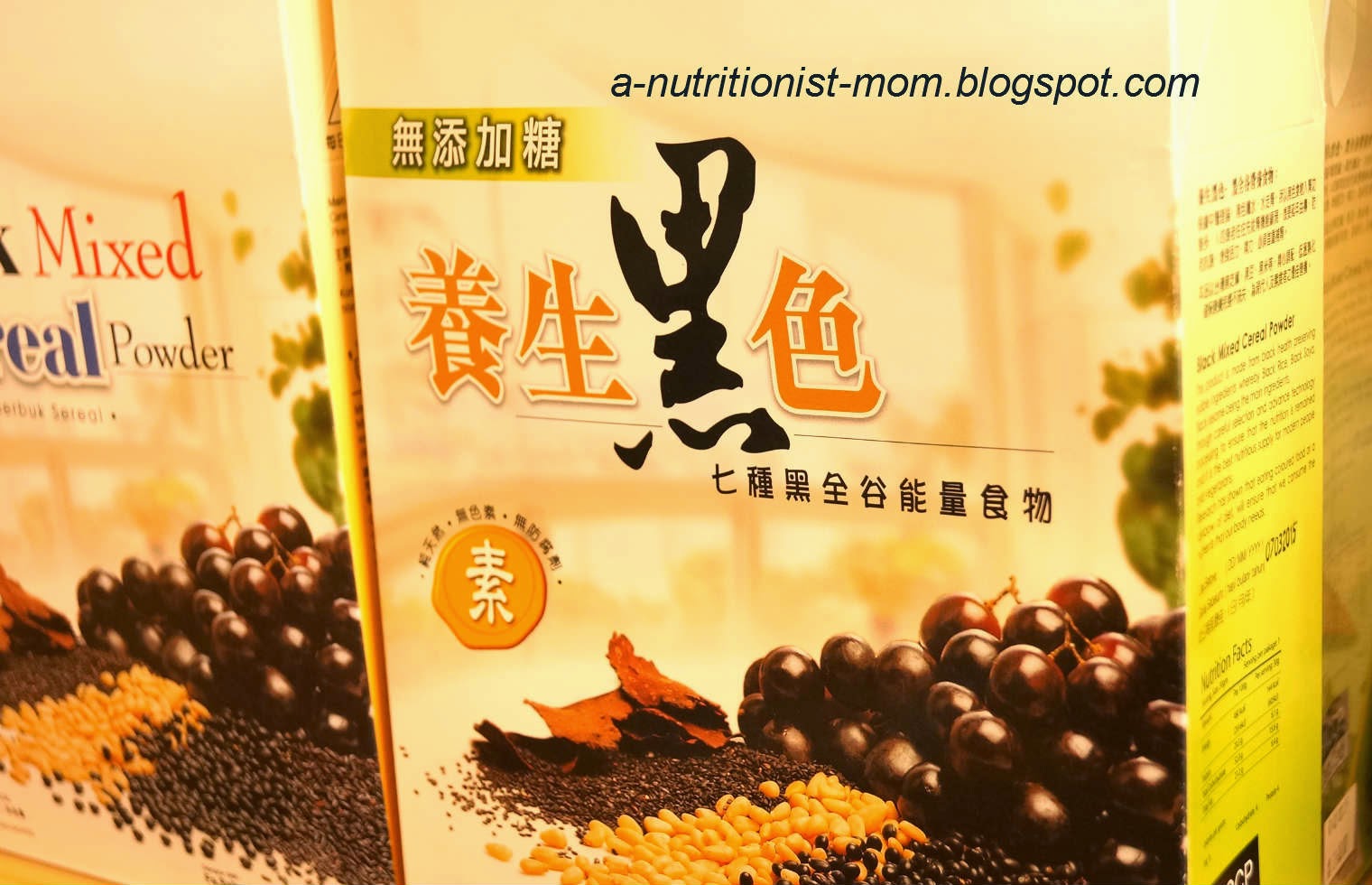 Here's the recipe adapted from my favorite chiffon cupcake's recipe
(I doubled up the recipe, which made about 17 cupcakes)
*this recipe doesn't yield sweet cakes, if you like your cakes sweet sweet, do consider topping UP the sugar.
Garnish: Raw untoasted organic almond


Instructions
Personal note:
I baked these at 165deg C in my toaster oven for first 10min. Then turn down the temperature to 155deg C and baked for another 10min. Just like the owner of this recipe mentioned, cakes crack after first 10min.
Posted by Unknown at 1:59 PM