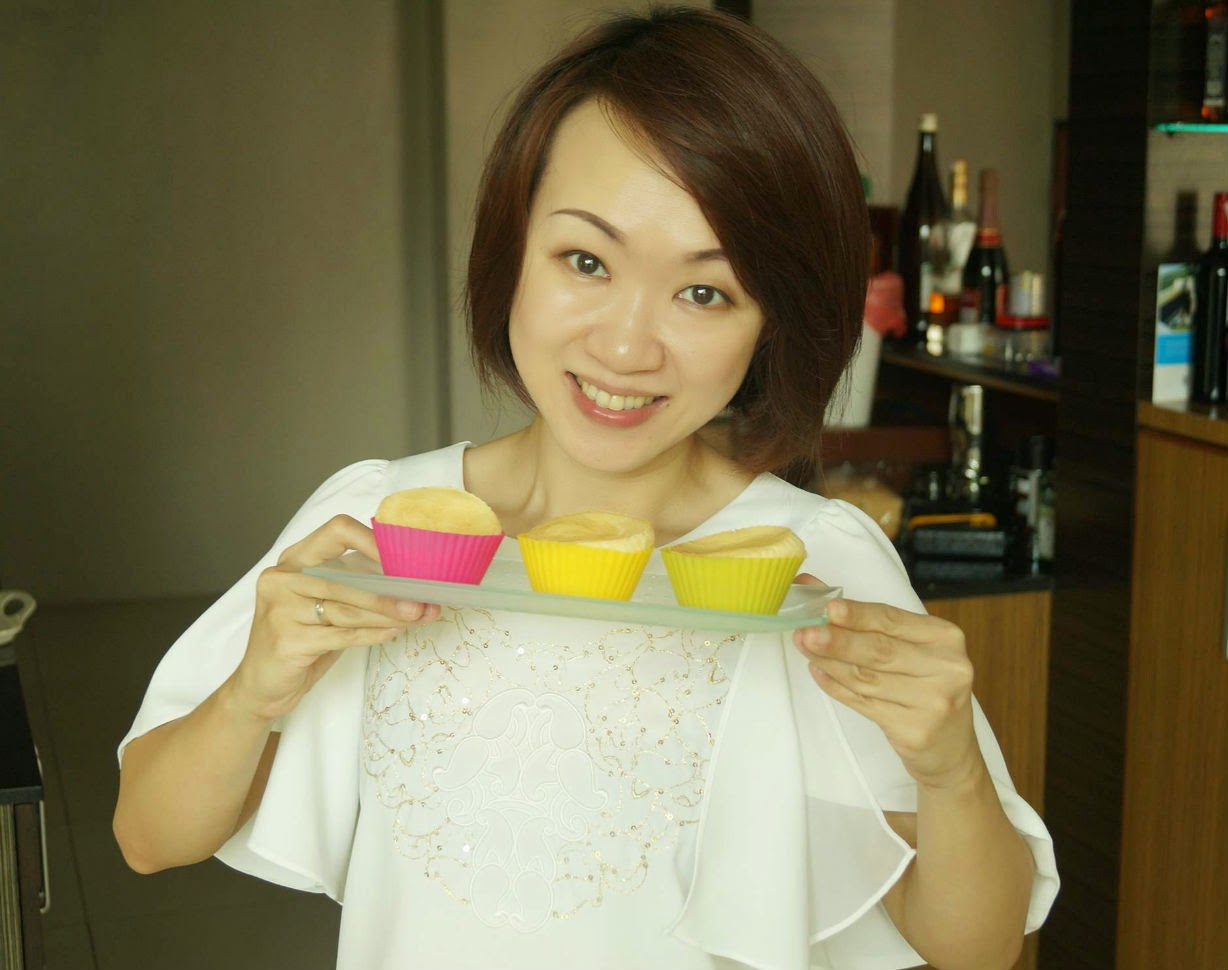 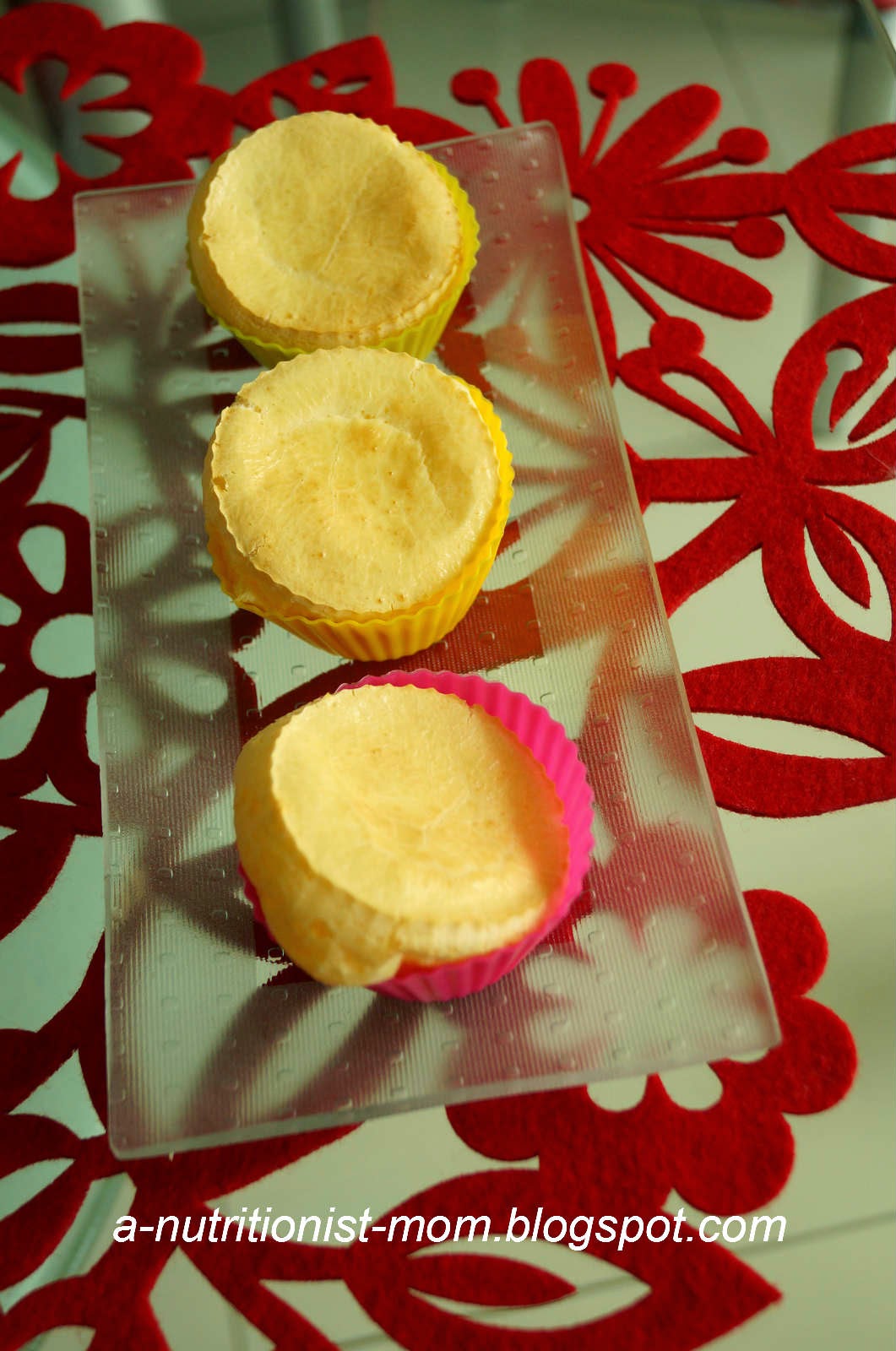 It's my birthday today. The little fella treats me a nice sleep in. Instead of waking up at 6am ish, he woke up at 9am, giving me ample time to dress up and bake myself some nice mochi cheese puffs. Now that I'm 3x, I don't have that urge or joy to celebrate it to a great extent, the other reason is also because my grandmother just passed away two weeks ago, so there are no birthday bash this year. It's just a quiet one with my lovely other half and my cheeky little fella eating cheesecake drinking tea in a little café in town.
Now, let's get back to this mochi cheese puffs, when my friend Fei Tseh shared about it on FB, I knew I would definitely make it, cos firstly, I love everything that has the mochi texture, secondly, it's a savory item! I am not a big fan of sweet stuffs, but a savory and a cheesy one, that's my cup of tea.
Apparently, these mochi puffs are sold at an horrendous price of SGD2.80 for 3 in Sun Moulin Singapore. Interesting.. huh? With that amount, I could have easily baked dozens and dozens of them. I halved the original recipe cos I only had little amount of tapioca flour left, actually, the tapioca flour I had wasn't even enough for half the recipe, I topped up with a little cornflour and it turned out alright. The texture is something like a cheesy Yorkshire pudding, the difference is that Yorkshire pudding isn't made with tapioca, thus this has the mochi-chewiness to it. The little fella had about three for his breakfast!! He clearly loved it. He let out that 'savoring' sound ...Hmmmmmm...(nice).. when he was eating this.
Here's the recipe, from here, the following is my halved recipe, which yielded about 5 puffs:
Note: Do not be tempted to put in more cheese than stated. Too much cheese will render the puffs heavy and harden its texture. 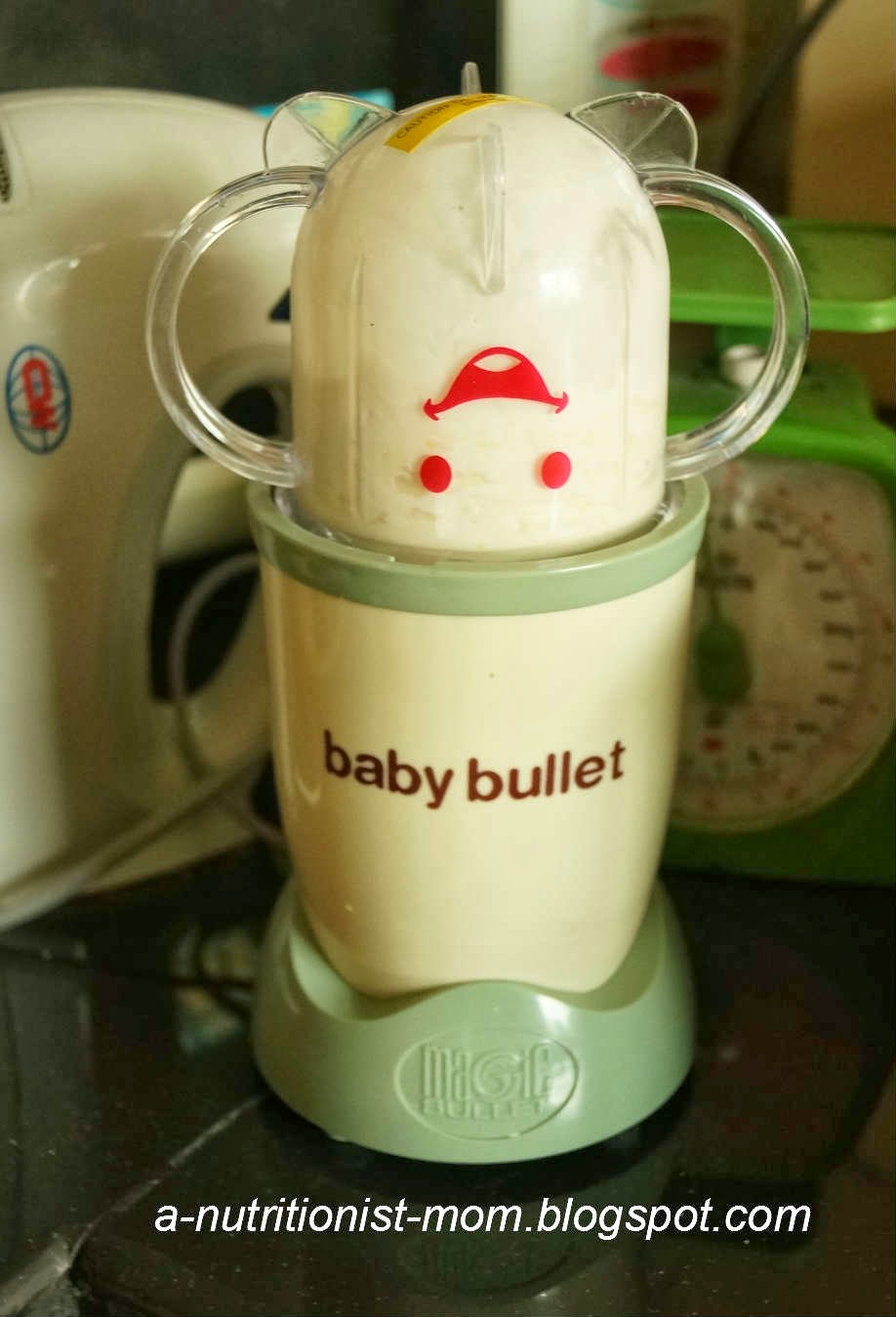 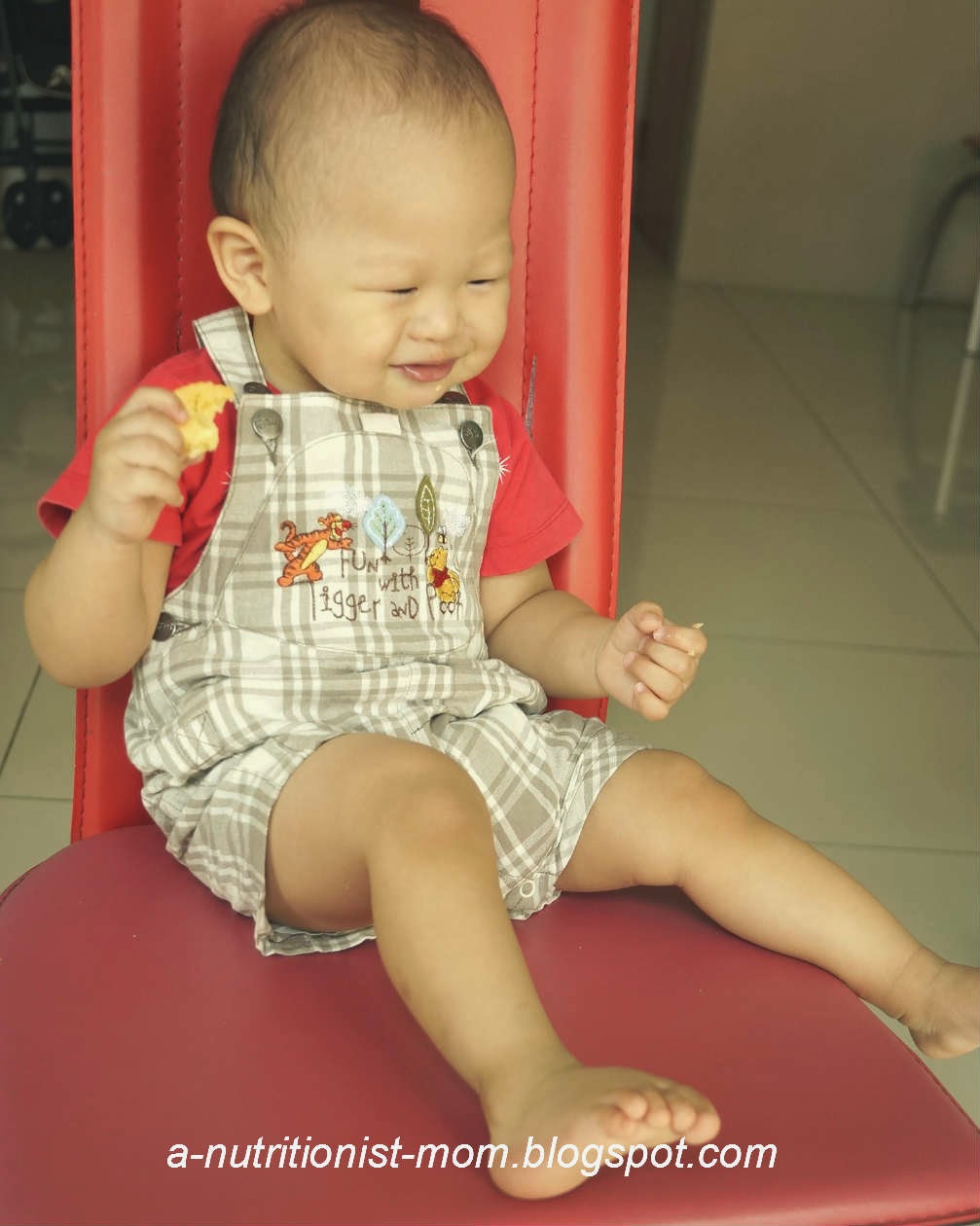 According to mummymoo, these keep up to 2 days in an air tight container at room temperature. Just like what she also mentioned, it wouldn't keep that long cos it gets eaten up very soon, and I agree with that.
Posted by Unknown at 11:42 AM

Email ThisBlogThis!Share to TwitterShare to FacebookShare to Pinterest
Labels: birthday, food for toddler