Want to maintain your slender figure but you love bread? Try rye bread instead. Rye fiber is richly endowed with noncellulose polysaccharides, which have exceptionally high water-binding capacity and quickly give a feeling a fullness and satiety, making rye bread a real help for anyone trying to lose weight.
I've been baking with rye a lot lately. Rye is a cereal grain that looks like wheat. It is generally available in its whole  or as flour or flakes that look similar to old-fashioned oats. Because it is difficult to separate the germ and bran from the endosperm of rye, rye flour usually retains a large quantity of nutrients, in contrast to refined wheat flour. Rye has a handful of benefits that cannot be compared by those made with white flour or even wholemeal flour, here are some listed by whfoods.com:
The list actually goes on.
So now you know why I've insisted to add in rye flour to my baking lately.
Using the soft and fluffy recipe that I've always been baking bread with, it doesn't affect the texture to a great extent. It's still soft and I love seeing the little rye grains that appear on the bread. Looks very rustic and healthy indeed. 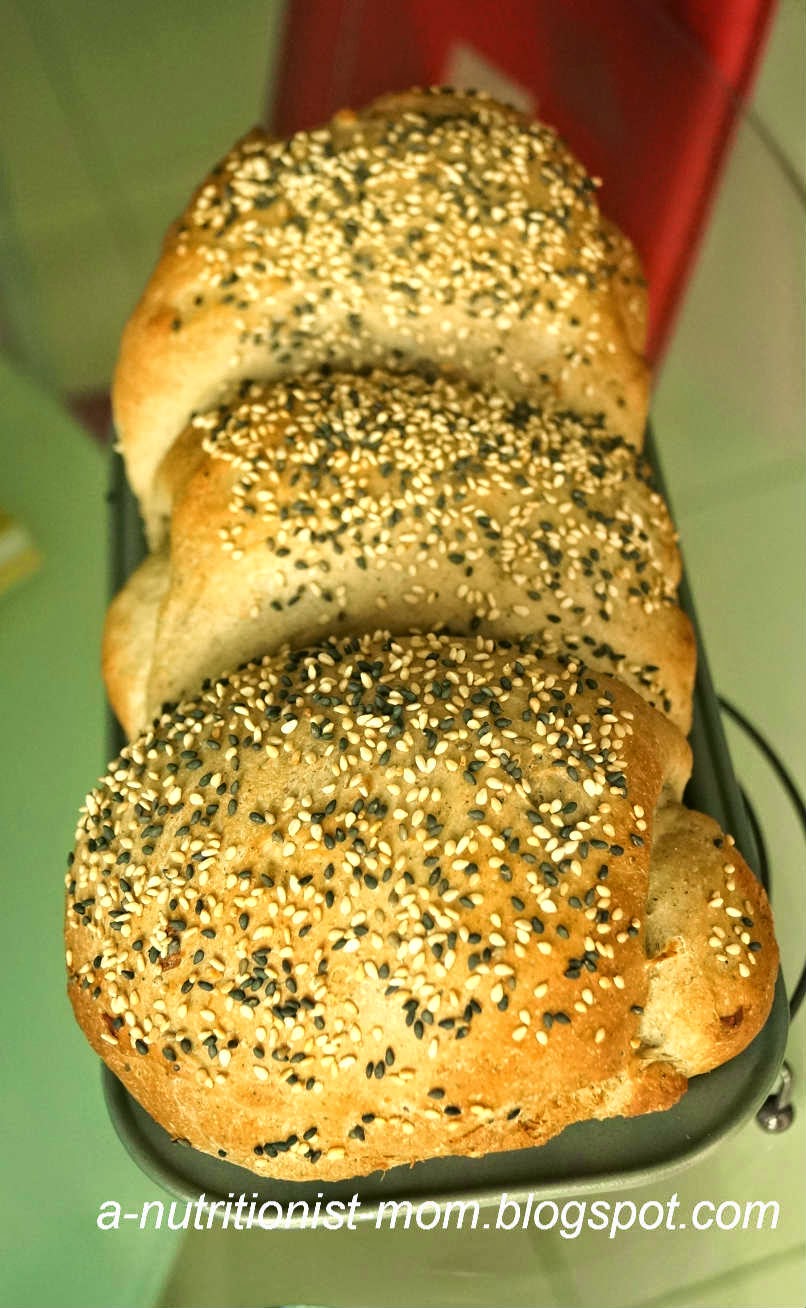 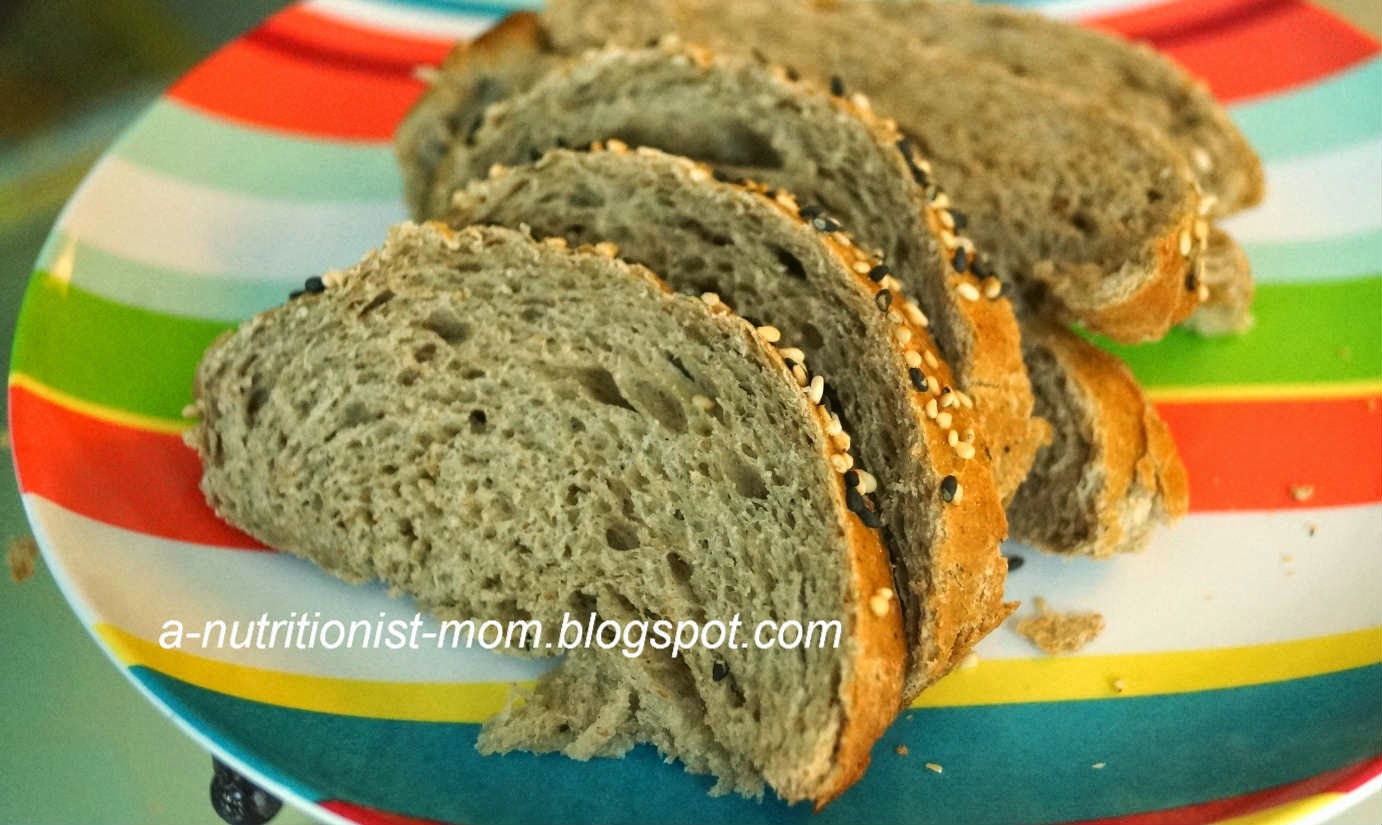 ﻿
I have always baked my bread using an adapted and modified scalded dough method by Alex Goh which yield very soft and fluffy bread without adding any softener. It is easy and straight forward. You'll just need to scald 100g of bread flour with 70g of hot water, simply mix it with a spoon or folk, cover up, leave in chiller while you prepare the rest of the ingredients. When all the other ingredients are well combined and kneaded, add in the pre-prepared scalded flour and knead till evenly combined. The results are very worth the extra step taken. I have tried all sorts of method that claims to yield soft fluffy bread. This method, too, can produce bread with the same kind of fluffiness.
Here's the recipe for my rye bread with black sesame and dried apricot
First, prepare the scalded dough
Combine both with a folk or spoon. There is no need to knead. Just combine and leave in a container in refrigerator while you prepare the rest of the ingredients (about 15-20min). You can prepare this ahead and keep in the fridge for up to 24hours.
The main dough
*The ingredients are listed in the order they are added into my breadmaker