Can't believe how fast time flies. Yesterday, I was still saving my recent photos into the September folder, without realizing that it's already October ;p I blame this on the recent holiday spent in KL. I lost count of the dates.
I had to remind myself that Josh is turning one end of this month, and I still have endless amount of things to do to prepare for his birthday bash.
Worst still, I am shocked to know that we're only a few weeks away from 2014!!! It's crazy!! I am not dreading it, cos Christmas and CNY is my favorite festive season, but it's just hard to believe we're ending 2013 soon!
I have a feeling that October is gonna be exciting. This morning alone, I have already done loads. As usual, I prepped the lil fella's porridge for lunch at nanny's. Also prepped his oatmeal for breakfast. This time, I made it a little different. I added cream cheese into it. It's his first time having cream cheese (at his 11th month). The cream cheese made the oatmeal taste so creamy. He wasn't resisting it, so I presume he likes it. The taste was quite subtle cos I only had about 1.5 tsp of cream cheese in it. I added in sweet ripe plums, chopped, into the oatmeal after the oatmeal is steam-cooked. I learnt of this cream cheese oatmeal recipe shared by a mommy from facebook group Healthy Food for My Baby. I'm quite glad to have established this group. Now, it has over 5000 members within a short span of 5 months, with over 1000 members still to be added into the group. I just don't have the time to do it lately. It's not just a platform for me to teach other mommies about healthy eating for their babies, but it's also somewhere for me to get different recipes for my lil' one.


This morning, I woke up extra early (at 4:30am) to bake my good friend, Karen a special chocolate muffin for her birthday.  This is a recipe I copied from Ann's blog. According to Ann, this is a must-try chocolate cupcake recipe. It may sound like something simple, but I realized I'm still in quest for the best chocolate cupcake/muffin recipe to bake for my son's first birthday end of the month. So I decided to try this recipe out. I have no regrets. Love it cos it isn't too sweet and it was soft and moist when fresh out of the oven. However, once left to cool, it was still quite dry. I think I may add in extra amount of milk or even mashed banana to it, to ensure it will maintain the moistness for the lil' fella's birthday bash. But overall, I'm satisfied with the outcome and I think I've found 'the' recipe. 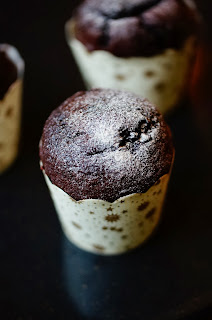 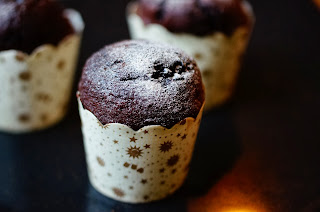 After baking the cupcakes, I was still early and the lil' one was not awake yet. So I made myself a zucchini and pasta salad for breakfast. I brought back zucchini from KL (sigh.. some stuffs are hard to get in Sandakan).  It was quite a refreshing and nice light meal for breakfast. Been eating out for the past few days when we were in KL. This is perfect to tame my tummy after all the sinful indulgences. For recipe, please refer here. 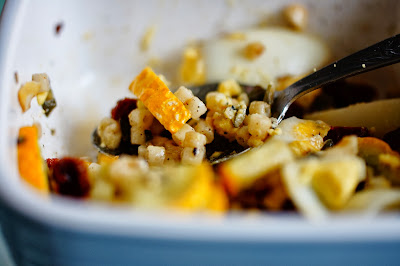