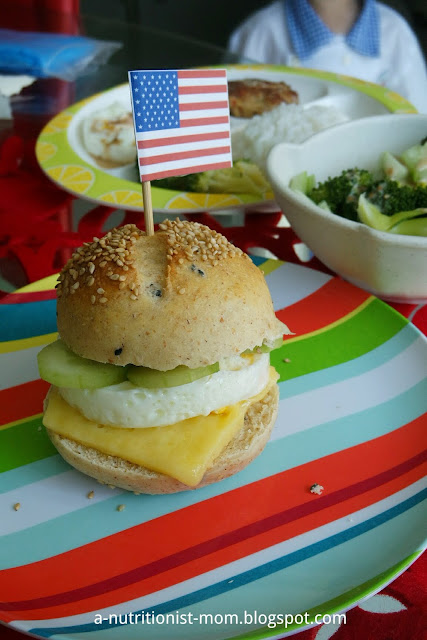 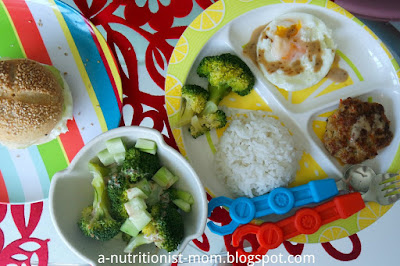 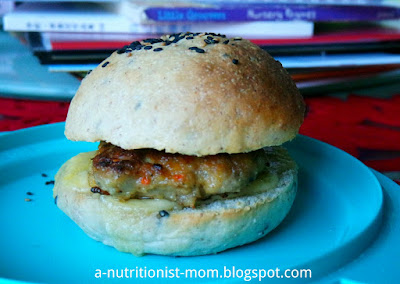 Few friends have been asking me for recipe for burger bun, I thought we shall have burger as lunch today, so I can take pics and share about my burger bun recipe. Unexpectedly, when I was preparing for lunch, he told me he doesn't wanna have burger for lunch. He wanted rice instead. Therefore, instead of serving his pork patty and egg in a bun, he has them with rice, whereas I have mine as a burger.

The recipe for my burger bun is a recipe that I have been using to bake buns and loaves for our family for the past 3 years. For those of you who've been following my posts and blogs, you'll have come across this soft scalded dough recipe that I have been adapting from Alex Goh. I love it as it is versatile, it requires no advanced preparation and most importantly, it yields soft bread that stays soft for the next 2 days, without the need to add any softeners nor improvers.

The only variations that I have been adopting for this recipe is the liquid (which can varies from milk, to soy milk, pandan milk, pumpkin puree + water, black sesame powder + water and etc) and its sugar and salt content.

The patty was a recipe adapted from Jamie Oliver's. I have sneaked in chopped onion and carrots into it for my little one who is in the phase of 'no green veg except for green beans'. I have also marinated my minced pork with extra ingredients to add to the flavor, including 1/2 teaspoon of grated ginger and oyster sauce.

Recipe for the burger bun
*This scalded dough method are specially adapted to create buns that are soft and fluffy in texture and remain soft for at least 24-48 hours. The method of pre-scalding a portion of the dough also helps to loosen the gluten in the bread, making it able to create more volume. This bread is soft and easy to digest, making it a perfect nutritious snack for babies and kids.

Scalded dough
To prepare the starter dough, pour boiling water over flour and stir with folk until combined into a slightly tacky dough. Set aside while preparing other ingredients as per following.

Main dough
For the main dough:
Recipe for pork patty
Posted by Unknown at 4:34 PM