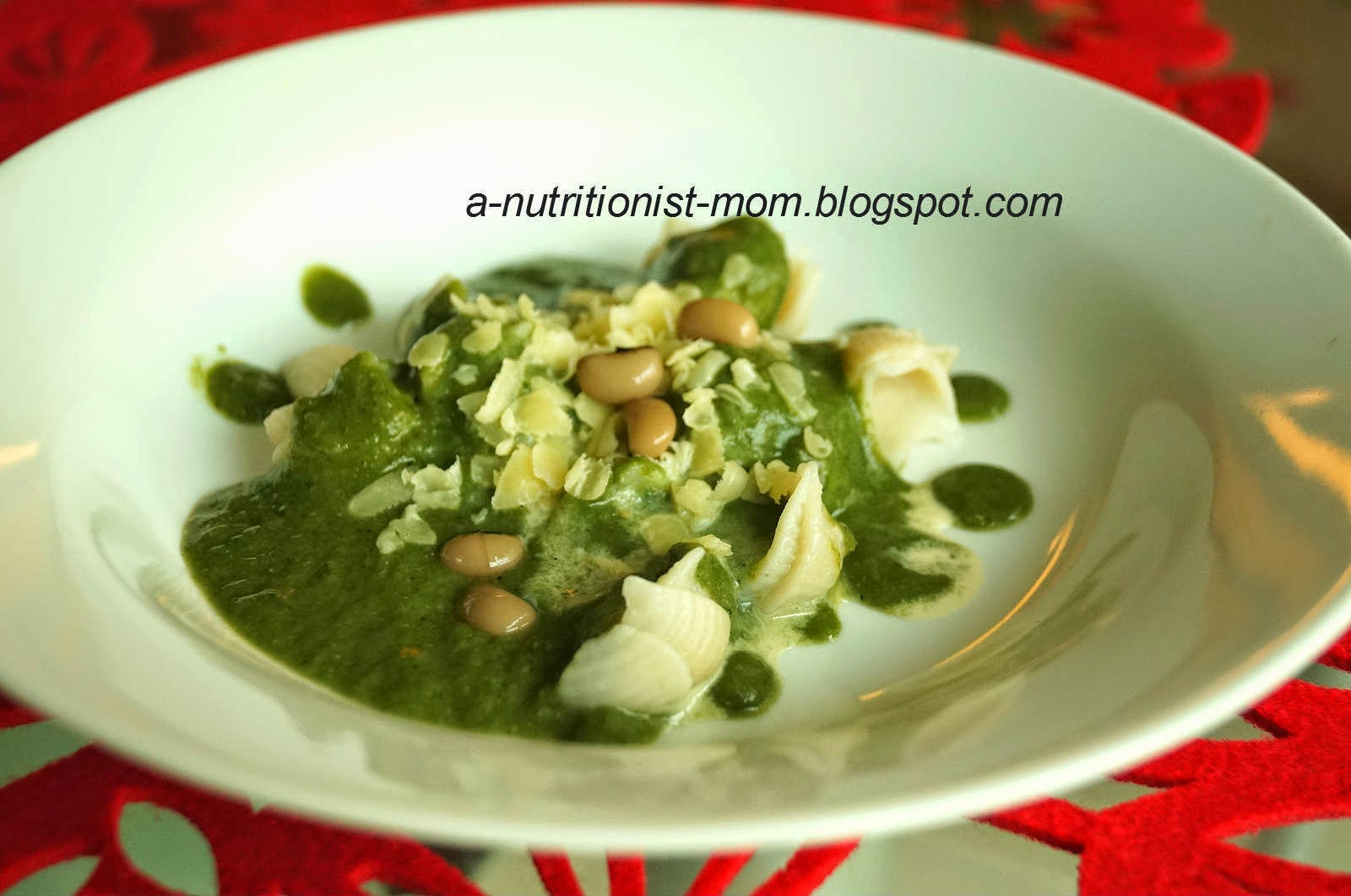 ﻿
This is my baby's dinner. Don't you think it looks really 'gourmet'? It looks like an expensive dish served at a posh fine-dining restaurant. Hohooo.. no, it's not. It's a simple dinner I whipped up for my adorable little fella. It's actually a very protein-rich creamy sauce pureed from sautéed spinach, potato and black eyed beans (called 眉豆in Chinese), served with brown rice shell pasta and grated Cheddar cheese.
Again, it's a meat-free dish, my son doesn't eat a lot of meat, so I had to ensure that he gets sufficient amount of protein and iron from his meals, in this case, he gets plenty of them from the spinach (for the iron) and the black eyed beans (for the protein). Black eyed beans, unlike many other beans like adzuki (red) beans or mung beans, are easy to cook and has a lower tendency of causing gas. I have made black eyed bean puree for the lil' fella when he was under one. It actually tastes sweet and has a nice creamy consistency. Other than its high protein and fiber content, black eyed beans are also rich in folate, making it a great pregnancy food or snacks too.
Black eyed beans doesn't require soaking prior to cooking. But soaking it would make it easier to cook/ soften. It only took me about 15min (in a pressure cooker) to cook it till soft, without mushing it. The black eyed beans used in this recipe are pre-cooked. I usually cook a big batch of the beans and freeze them in individual portion and use them in sauces (like this), salads or soups.
To prepare this, you'll need:
Instructions:
Aside from serving this sauce with pasta, I have also used it to bake a spinach loaf and make sandwich spread. 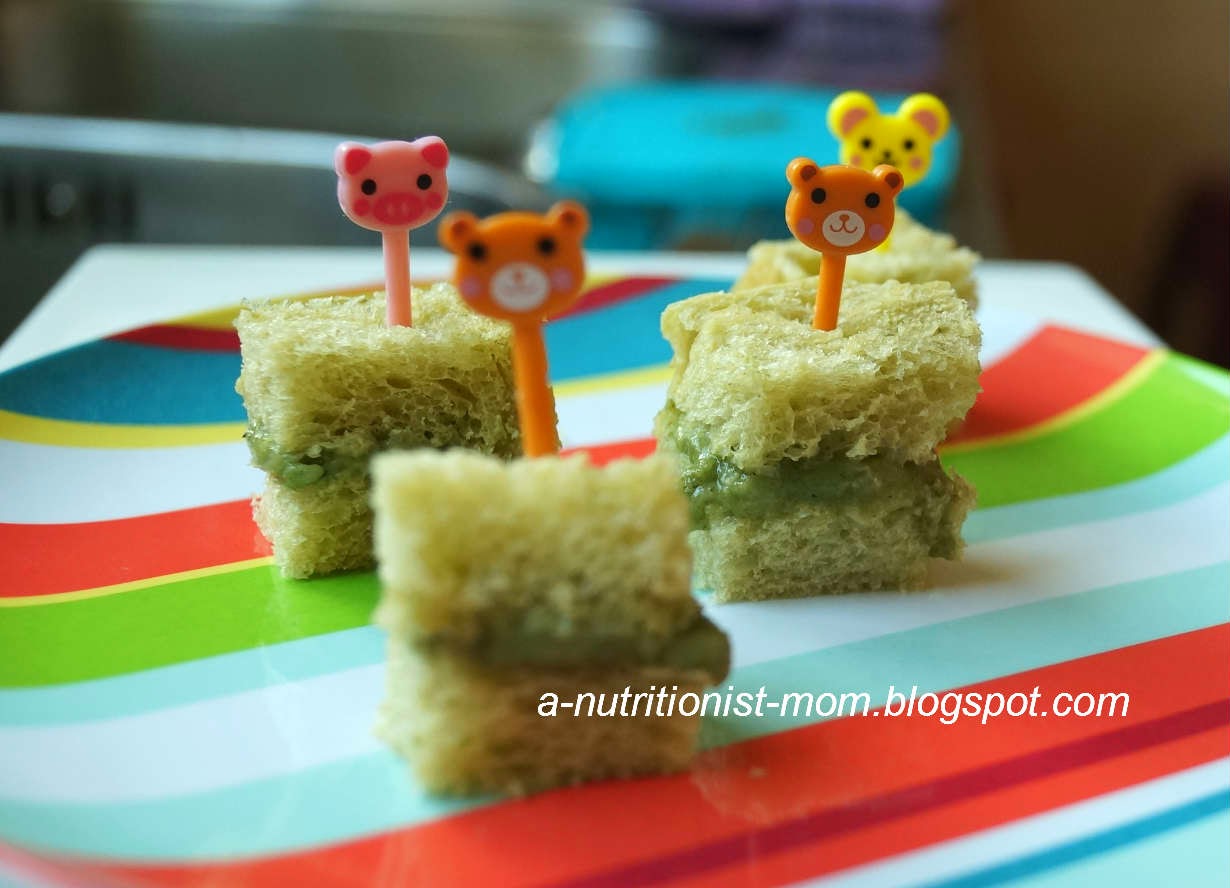 ﻿
To make the spinach and cream spread:
Heat up the spinach sauce in a microwave (1min) or a heated pan. Stir in grated Cheddar. Use as sandwich spread.
Posted by Unknown at 1:35 PM