Creamy mushroom soup in a bun 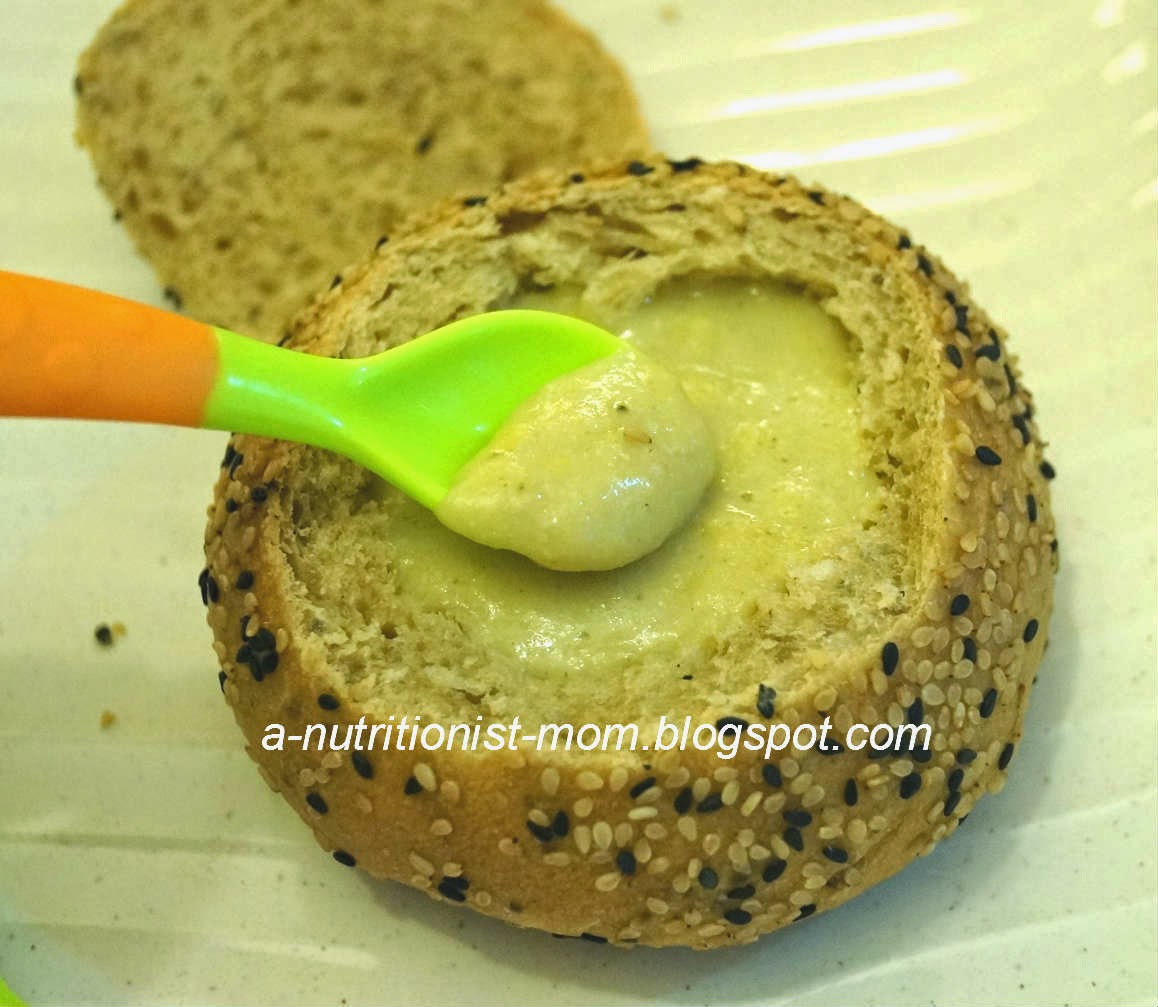 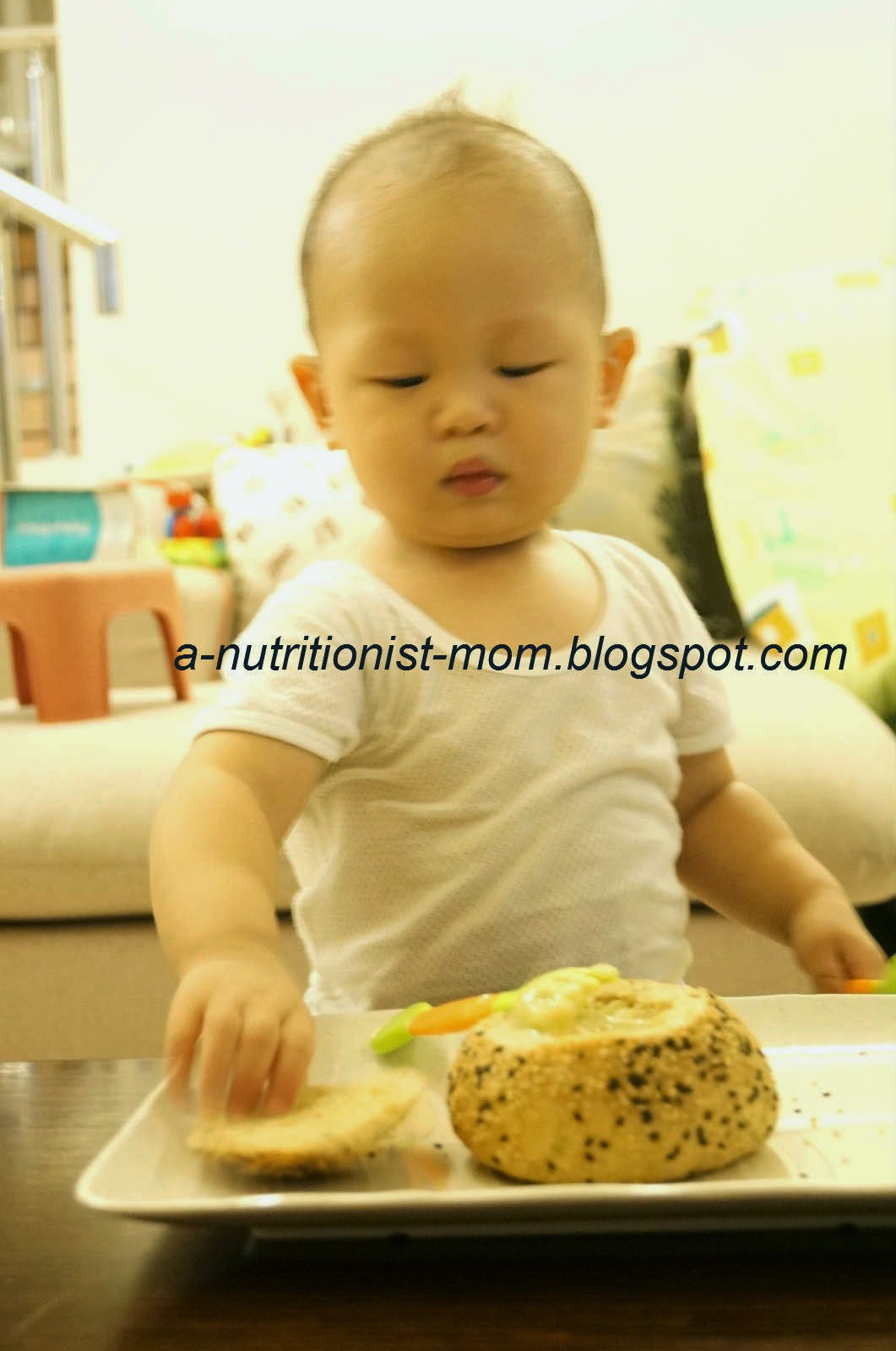 He loves to play with containers. He would remove the lid of the containers, put some of his favorite toys in (ie balls, toys etc) and put the lid on, and then reverse the whole process and repeat again. It goes on until he gets bored and move on to another activity. So let's see if he'll does the same thing with this mushroom soup in a bun, which comes with a lid too.
This was his creamy mushroom sauce which I prepared for his pasta lunch. In the evening, I was supposed to let him have the same thing for dinner, but I was so busy baking chiffon cakes, yes I'm addicted to baking tang-mian chiffon off late, I didn't even have time to boil his pasta. Instead, I just cut off the top of the black sesame bun I made this morning, scooped out the flesh (bread), pour in heated soup into the bun and that was his dinner!
Recipe
1. Steam or pan fry all ingredients till soft. Simmer with milk.
2. Blend till achieve creamy consistency.
3. Season with grated cheese (optional). 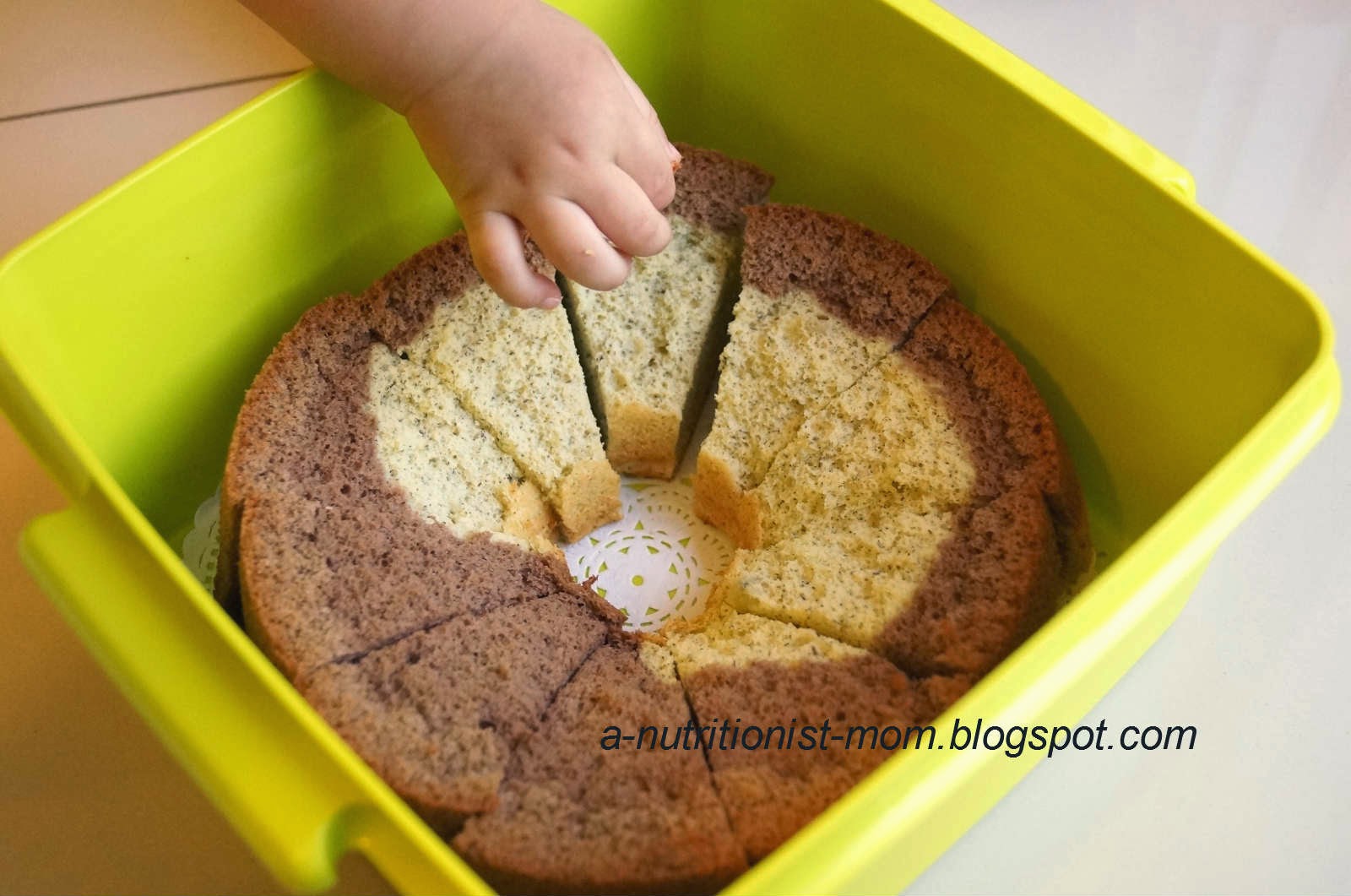 This was the cocoa-banana chiffon cake I was busy making that evening. For recipe, please refer here. Instead of orange juice, I replaced with half milk half banana puree. The brown color was achieved by dividing the batter into half, and added half with cocoa mix (1tbsp cocoa powde+1tbsp water).
Posted by Unknown at 1:35 PM

Email ThisBlogThis!Share to TwitterShare to FacebookShare to Pinterest
Labels: food for toddler, soup